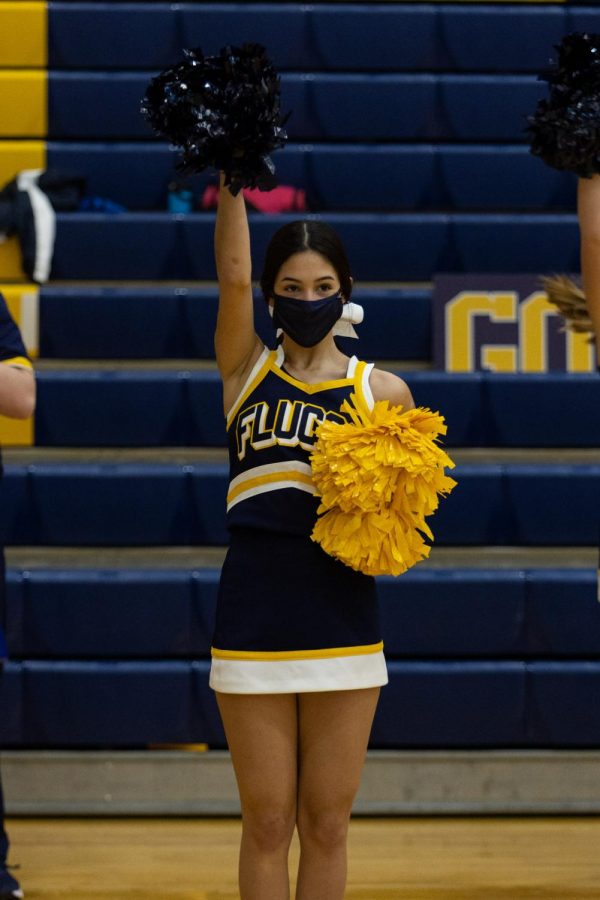 A Lady Fluco cheerleader cheers on boys basketball in Oct. 2020.

This is a recap of FCHS athletic action during the week of March 15-19.

Flucos football took on Louisa County on March 19, resulting in a tough loss with a score of 42-7. Still, junior Grant Brown said this game taught the team a lot. “After looking back on Friday’s game, I think everyone realized that if you’re not physical, and give up early, that the game will not end in our favor,” he said. He noted that the team needs to work on persisting even with facing a team playing better than them.

Brown also said that another thing that is holding the team back is the lack of experience of the team overall. “We are really young and inexperienced, which is intimidating some of the boys. But we are trying our hardest to work through that,” he said. The team has a new defense they are working on and plan to use in their next game against Orange County on March 26.

Lady Flucos volleyball took on both Louisa County on March 16 and Albemarle on March 18. The game against Louisa resulted in a sweep by the Flucos. “Our team has been putting in a lot of work striving to get to where we want to be and we are improving everyday,” said senior Lindsey Ward.

Two nights later in a hard-fought game, the Lady Flucos suffered a tough loss to Albemarle. However, these games really showed them how tough they are as a team. “We never gave up, no matter how tough it got. We as a team pushed through and supported each other the entire time,” stated Ward. She gave a shout out to the coaches for their unconditional support and motivation.

The Lady Flucos were scheduled to take on Albemarle again on March 22, followed by Monticello on March 23.

The field hockey team is still striving for the program’s first win. Facing both Louisa and Albemarle has prepared the team for playing more competition as the season goes on. Junior Claire Barnett noted that the team has been very optimistic the past couple of weeks. “Our game against Orange County was probably our best game so far. It really showed how much we’ve grown as a team,” she said, while allowing that the players need to work on being a team and working together. “The last game was a little frustrating, which caused a lot of miscommunication amongst the team, which is never good,” added Barnett.

Cheer
The Fluco cheer team has not given up on hard work after winning 2nd place at the District Competition at Louisa County on March 15. Junior Taylor Parker said she is excited to see how far the team can go. “The team is working on improving the routine that we already have, but also adding new skills to score higher in Regionals,” added Parker. The team’s goal is to score in the 215 range and to make it to the second round of Regionals. It would be a great experience for the team as many have never had such an opportunity.

Cross Country
The cross country team raced against Albemarle on March 17. According to junior Rachel Warden, the team has been looking really strong and cohesive. “We’ve been working harder on running as a group rather than individuals,” Working together is a crucial part of success for the team. The team was scheduled to race against Western Albemarle on March 24.

Golf
The Fluco golf team started the week off with a match against Western Albemarle on March 15. Sophomore Cohen Purviance said the team has been solid the past couple of weeks showing their firm grasp on the fundamentals by performing well overall. “I’m very impressed with how the team has been playing and everyone has been putting in the work,” he said.

Although the team is performing well, there are still some aspects of the sport that the team could improve. “Our communication on the course has been good but it definitely could improve, which overall would improve the whole team,” stated Purviance. 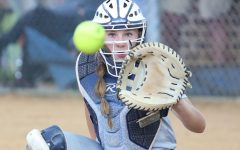