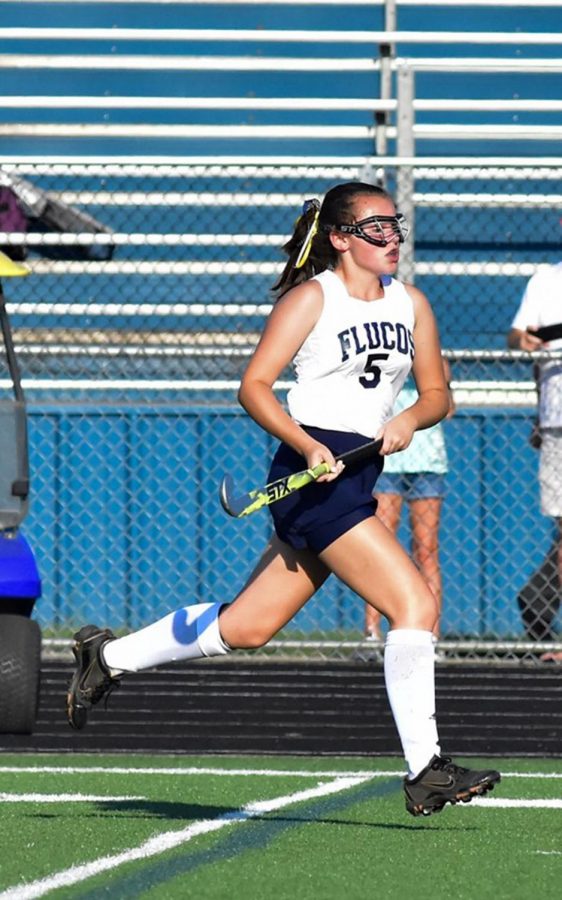 For a long time, lacrosse was considered the new kid on the block when it came to Fluco sports, but no longer. This August, the school welcomed a new sport: field hockey. Coached by Abrams Academy teacher Dr. Saami Shaibani, the program has nearly 30 participants. “The team is looking really good. We are all working well together, even with the skill set of beginners,” said junior Cassidy Wagner.

Despite being brand new, the program was able to recruit enough people to fill two teams. Both JV and varsity work closely together to form a bond they hope will keep field hockey alive at FCHS for many years to come. “At first it started out as a team, but it’s already beginning to look more like a family,” said sophomore Caroline Fields, who is on the varsity team.

Many of the girls on the teams participate in other sports, such as lacrosse, which has certain similarities with field hockey. For example, both sports require sticks to pass and score, both require players to wear mouth guards to protect their teeth from the ball, and both games are centered around getting the ball down the field towards the goal. The two sports do have their differences.  A lacrosse stick has a net and pocket, while field hockey has a thicker stick with a hook at the bottom. Field hockey players are required to wear shin guards, while lacrosse players are required to wear goggles to protect their eyes. Both sports call for players to carry the ball down the field, but in field hockey the ball is pushed using the curved stick. In contrast the lacrosse ball where it is both carried and passed using the stick.

The team’s first game to kick off the season was a home match against Chancellor High School on Sept. 3. Varsity lost 0-10, while JV lost 1-5. “It was a really good first team to play because they were super nice, but they were good competition,” said Wagner.  Since then, the varsity and JV teams have lost to Powhatan, Spotsylvania, Charlottesville, and Western Albemarle. varsity and JV both lost 0-6. “We are all keeping our heads up and going into each new game with a positive attitude, despite the results of the games,” said sophomore Shayleigh Sins.