Teaching for the Long Haul 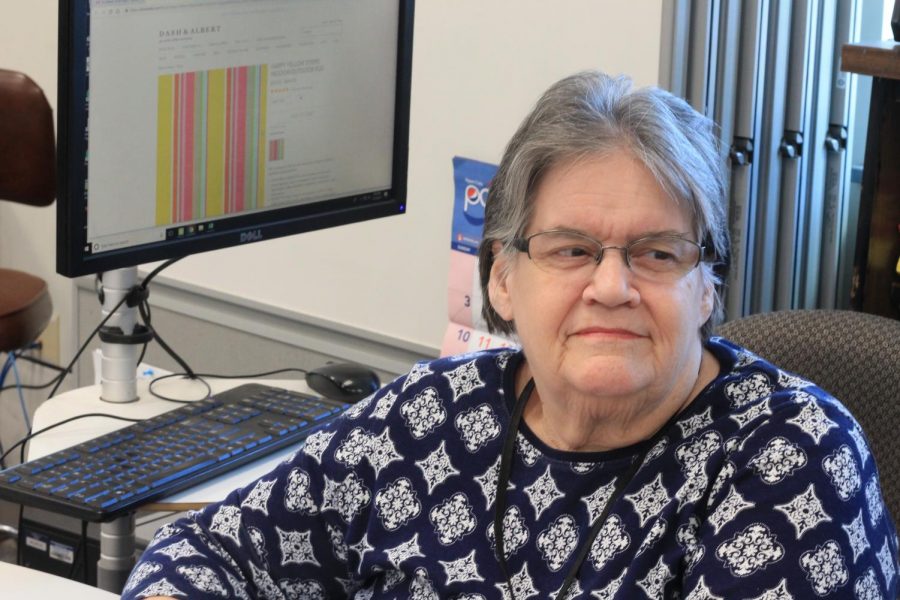 Considering most students only spend five years in high school, it may surprise you to know that a number of teachers have been teaching at FCHS for more than two decades, some even up to five. These teachers have stuck to what many consider a grueling, underpaid, and underappreciated calling, and in the course of it, positively affected thousands of students over the years. Here are the stories of a few teachers who have dedicated decades to working for Fluvanna County.

Jane Ford has been teaching for a total of 50 years, 45 of them at Fluvanna. “Me and my sister swore that we would never be teachers,” Ford said, mainly because her mother was the principal at Fork Union and was rarely home. During her third year of college, the time came where she had to pick a major, so she decided to go with a major in education. Upon graduating from college, she received five job offers and made the decision to move. “I decided to move to Hampton all by myself and I loved it,” said Ford.

After Ford taught in Hampton, Virginia, for five years, it was time for her son to begin first grade. Since her mother was the principal at Fork Union, she decided to move back to Fluvanna with her family. “I love it. I’m glad I came back. There’s something so peaceful about Fluvanna. It’s my home,” she said. Since beginning her teaching career 50 years ago, Ford has seen many changes, including the introduction of SOLs. She believes SOLs have caused increased accountability for students and parents, but one thing that Ford says hasn’t changed is the students. “I don’t think the students have changed at all,” said Ford, who added “They’re all individuals and we all make mistakes.”

Econ and Personal Finance teacher Gary Greenwood has been working as a teacher for the past 43 years. He worked in Buckingham for a year, Maryland for three years, and even Florida for a year, but decided to settle in Fluvanna due to the “great property value” he found in this county when he moved here 38 years ago.

Over the years, Greenwood has seen the way technology has impacted teaching, as well as the students. “Technology has made things extremely faster in retrieving information, grade books, and many other helpful tools, but it also has made it more difficult in the way it has been a distraction to students,” he said. One of the things that Greenwood says makes teaching difficult for him is “administration coming into the system and wanting to make changes without understanding what we have been doing. I like change if it is going to make something better.”

Even given the occasional difficulty, Greenwood says that his favorite thing about teaching is “laughing and seeing the students grow.” He added that “students have changed in that they are more knowledgeable about so many more things, but they are still growing young adults that need love and care.”

Terrie Wood has been teaching in Fluvanna for a total of 29.5 years, which amounts to her whole teaching career. Originally, Wood was working at Hershey Foods in Stuarts Draft, VA. However she got a notice from her college, Mary Baldwin, saying that Fluvanna needed a science teacher.

Working in the school system for almost 30 years, Wood has seen a lot of change, including the introduction of SOLs. She said that before SOLs, they had “more freedom,” adding that they could go on more field trips. Wood also says that the students have changed due to phones, saying they have a different “sense of communication,” but adding, “kids are basically kids.”

Even though students have changed, Wood still says that her favorite thing about teaching is the interaction with students.

After working for Fluvanna for over 30 years, Lisa Lucas has decided to retire. “I’m kicking up my heels and I’m going to Greece,” Lucas said.  During college, Lucas originally studied to be a nurse, but decided that she couldn’t deal with the trauma and caring for wounds. After taking a placement test, she decided to major in Early Childhood Education.  She worked as a first grade teacher for six years before becoming a librarian, which she says has given her the “best of both worlds.”

Having been the librarian at Central for many years, Lucas says that she is happy she got to spend the last few years of her library career at the high school. She likes that she has gotten to “see what wonderful people [her former students have] become.” When asked about her favorite thing about being a librarian, Lucas simply said, “you guys.”

For the past 28 years, Jocelyn Stevens has been working as a teacher, and 26 of those years have been spent working for Fluvanna.

Originally, Stevens didn’t even want to be a teacher. She started off working in an office, where she said every day was the same. So she decided to start teaching in Madison County. “No day is ever the same,” she said about teaching. She later moved to Fluvanna where she started teaching foreign language. “I love, love, love French and Spanish,” said Stevens.

As a teacher, Stevens says that the most difficult thing would have to be “seeing kids not live up to their potential,” while the best thing she said would have to be the “rapport with the kids.”

Being a teacher for as long as she has, Stevens has seen many things change. She says that when it comes to teaching, today she finds she needs to be more entertaining. “It’s hard to find 90+ minutes of entertainment,” she said, noting that “kids used to read and write more. Now [they read and write] much less. It’s more screen time… It’s a different world technologically. And of course it’s a good thing and a bad thing.”

For a total of 44 years, Feda Morton has been working in the field of education. She has spent 25 years working for Fluvanna, two years in Buckingham, nine years homeschooling her children, and eight years at Open Door Christian School. From the young age of ten, teaching has been something Morton saw herself doing because of the encouragement of her aunt, a librarian. “My aunt encouraged me to go to college, so I went to Longwood, which was a school of education,”

Morton moved to Fluvanna in 1978 to coach outdoor track, girls’ basketball, and girls’ volleyball. Morton also started the girls’ volleyball program, and upon arriving in Fluvanna, accepted a job teaching science. Morton says that her favorite thing about teaching would be “sharing knowledge with kids and watching a light bulb go off.” Discipline, she says, is the most difficult aspect of teaching.

For 32 years now, Ethel Opie has been working for Fluvanna. Originally, Opie worked as a bus driver, but stepped down after 23 years due to health issues. She currently works in the main office answering phone calls.

Opie says that one of the difficult things about her job is the “way the time is changing.” However, she says the things she enjoys most about her job are meeting new people, communicating with staff members, and learning new things. 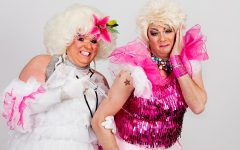