A Scene from Top Gun: Maverick

Released on May 27, 2022, Top Gun: Maverick is the long awaited sequel to the 1986 Tom Cruise blockbuster Top Gun. Grossing $1.488 billion at the box office, it is apparent that Top Gun: Maverick is one of the most successful movies of 2022. I believe that it is the best movie of 2022. As it recently hit streaming this past December, it is long overdue for a review.

Top Gun: Maverick’s plot is that Pete “Maverick” Mitchell is supposed to train a detachment of Top Gun graduates, one of which is Bradley “Rooster” Bradshaw, the son of Maverick’s old radar intercept officer(RIO for short), Goose. The mission is to destroy an uranium enrichment plant in an unnamed country. The movie goes through the training, the conflicts of Maverick and Rooster, Maverick coming to grips with Goose’s death, and it has a love story between Maverick and a character that was only talked about in the last movie, Penny Benjamin.

What did I like about Top Gun: Maverick? I guess the better question is what I didn’t like, as I loved this movie. I feel like this is the perfect way to return to a franchise after multiple years. I was afraid of the Star Wars effect, where the old characters wouldn’t feel the same, and the new characters would be stale and flat. However, this movie does what Star Wars should have been. The new characters were fantastic. I enjoyed every single one, from the Maverick-esk Hangman to Bob to this generation’s Iceman, Rooster.

I really enjoyed some of the slower scenes, especially the scene between Maverick and Iceman, that is the scene where Maverick learns that he can’t always put himself to blame for Goose’s death. I really enjoyed how Top Gun: Maverick still had Maverick coming to terms with Goose’s death, as in some movies it’s like the main character moves on extremely fast after losing someone close to them. I also really liked how they focused more on the actual flying. I feel like the first Top Gun movie was too focused on the love story and not the flying. However, this movie changed that. The flying should take center stage, and this movie got it right.

The one thing that I didn’t really enjoy was how fast the conflict between Maverick and Rooster was. Throughout the movie, it builds up and it suddenly ends, and the subplot resolves. Maybe there was something I missed, but I feel like there should have been an extra scene where we see the scene get fully resolved.

Now let’s talk about the cast. Tom Cruise does an excellent job as Maverick, and it feels like the same character from the first movie, just older. Val Kilmer returns as Iceman, and with his battle with throat cancer since 2015, and his return was very well handled with the circumstances, as in the movie, Iceman can’t talk that well, so he uses a computer to communicate with Maverick. The new characters are really well cast. Miles Teller as Rooster looks like he is actually related to Anthony Edwards’ Goose. Glen Powell captures the cocky and bold Hangman perfectly. The rest of the new actors work really well with the script.

Finally, let’s give this movie a rating. The characters are incredible, the stakes are high, the plot is well put together, and overall, this movie was a blast. I am giving this movie a 10/10. Top Gun: Maverick was the best movie that I saw in 2022, and it doesn’t come close. Check it out on Paramount+ if you haven’t already. 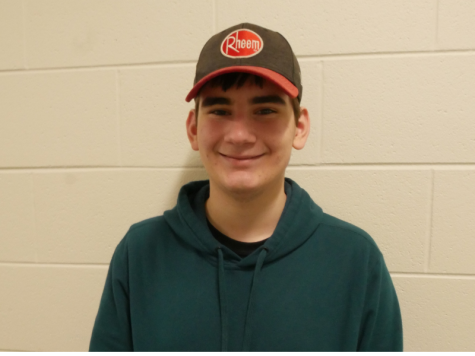 Matthew is in 11th grade. This is his third year in Journalism. He does Debate and is a Eagle Scout. In the future he hopes to attend Liberty University... 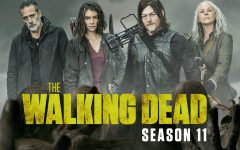 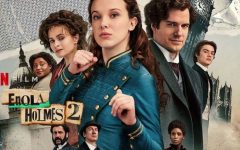 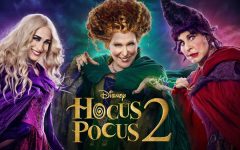 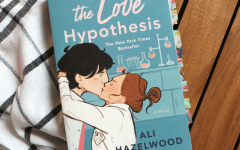