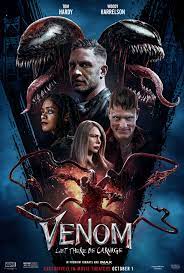 Venom: Let There Be Carnage is a Bore

If you’re looking for a movie that kills audiences with boredom, then I suggest watching Venom: Let There Be Carnage.

Venom: Let There Be Carnage received a 59% from Rotten Tomatoes, which was a little harsh, as I believe it should earn at least a 65%. The show offers no positives other than the slight bit of comedy we get between Venom, a black, goo-like alien from space, and Eddie, a journalist. Their symbiotic relationship using the same body was first detailed in 2018’s Venom. This sequel features Woody Harrelson being introduced to the Marvel universe as the serial killer Cletus Kasady.

After seeing the original Venom, I had high expectations, but was let down immensely since the movie didn’t utilize Harrelson’s full acting capabilites. Like the original, the sequel covers various genres such as action, thriller, and mystery. However, it should deserve its own genre: boredom.

The film opens with Kasady as a young man at St. Estes Home for Unwanted Children in 1996. His love, Frances Barrison (Naomie Harris) is taken away from him at the home due to her tendency to screech– a high pitch sound wave which can have deadly consequences. While on the way to the Ravencroft Institute for the Criminally Insane, Frances screeches, causing the truck to crash, but not before she is shot in the face and presumed dead. This flashback sets up the seeds for the main conflict, which I won’t detail for fear of spoilers.

The story then shifts to present day where actor Tom Hardy reprises his role as Eddie Brock, a recently-rehired reporter who covers the biggest stories in San Francisco. If this seems like a major plot jump, it is, and makes for an odd plot. Brock and his symbiote, Venom, have been dealing with the difficulties of co-living with one another since Venom wants to kill and eat bad guys, while Brock does not. When Brock goes to interview Kassady, a now-convicted serial killer (in another unexpected plot jump), events that I cannot share (at the risk of spoiling the plot) start to unfold, forcing Venom and Eddie to work togther in order to save the world from a new villain.

One of the main issues I have with the film is its rushed plot. The beginning of the movie has a good pace and seems to cover the backstories necessary to drive the conflict well. However, once Eddie visits the prison the movie gets three times faster, creating a confusing storyline and a rather short runtime for a Marvel movie (just one hour, 37 minutes). The best example of this is the final fight scene at the end. One moment Brock is fighting Kasady. The next thing you know, the battle is over. You blink and POOF, it’s gone.

Another issue with the movie is the extensive amount of unanswered questions it creates. I mentioned before that Frances has this sort of screeching ability. So where does that come from? Was she born with it? Did she wish upon a star? Throw a coin in a wishing well? Or did some magical fairy give it to her for eating all of her veggies? Your guess is as good as mine.
Kasady also goes as far as to compare himself to Eddie for being murderers, but the audience has never seen Eddie actually murder someone in this movie or in the previous Venom. If Eddie did, in fact, kill someone, who was it? Why did he kill them? These unanswered questions constantly distraced me from the little bit of a plot the movie does retain.

One positive aspect of the movie is Eddie and Venom’s relationship. Despite their rocky start at the beginning, the two have a lot of chemistry with one another and a next level sense of humor. The comedic relief Venom provides kept me engaged during an otherwise dull film.

Overall, the movie wasn’t as horrible as some of Marvel’s other productions (like Thor: The Dark World). But it falls short in the long run. I would give the movie a 6 out of 10 stars despite the lacking plot. Although it may seem harsh, the 30-second post credit scene was more exciting than the whole film. Definitely stick around for it. 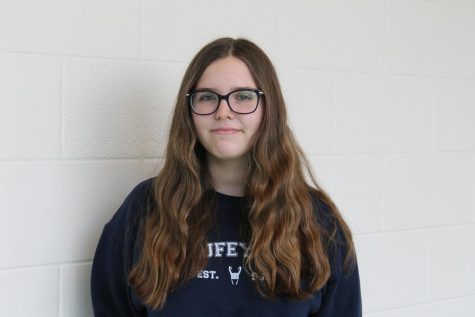 Erika Schmack is in 11th grade and has been in Journalism for two years. She enjoys reading and is part of the speech team.