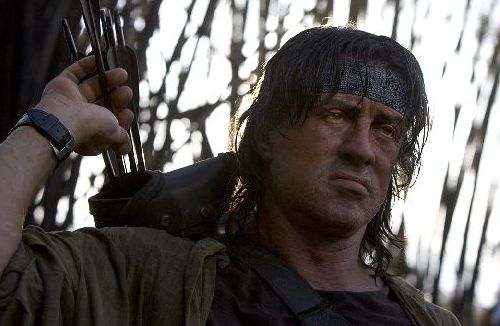 John Rambo from 'Rambo: The Fight Continues' (Courtesy of Flickir.com)

The character of John Rambo set a new kind of action character standard in 1982 with First Blood, leading to a series of movies collectively known as Rambo. Mostly silent and efficiently destructive, John Rambo is emotionally, mentally, and physically scarred from the loss of his friends in the Vietnam war. With his trauma comes a one-note ability to kill almost anyone who gets in his way, a trait which the sequels expanded on while leaving aside the character’s internal conflict.

Gangsters and criminals have always been staple villains in action movies, but the cartel in Rambo, Last Blood is the personification of evil. Thirty years after the original movie, this world-weary Rambo truly believes that there is no good left in this world. Looking at this particular cartel, he makes a good point. And when they kill his only family and peace left in this world, it’s time for payback.

As far as the plot of the movie goes, it is honestly pretty standard. Human traffickers kill someone Rambo loves, so he kills them. It’s a standard revenge flick, but the location, scenery, character development, and realism helps keep this movie one step ahead of seeming as if they just copied and pasted the script from another movie. The pacing of the movie draws you in, never dragging past the first 30 minutes when some short fight scenes give you a taste of what’s to come.

The third act has a fight scene so violent that it’s been deemed offensive by left-leaning media outlets. If you’re not looking for an all-out war in the last half hour, you’re watching the wrong movie. Overall, Rambo, Last Blood is a well-crafted love-letter to long-time fans of the character. By the end of the movie, Rambo makes peace with the fact that he’ll never find peace, and that no matter where he goes, it won’t be home.