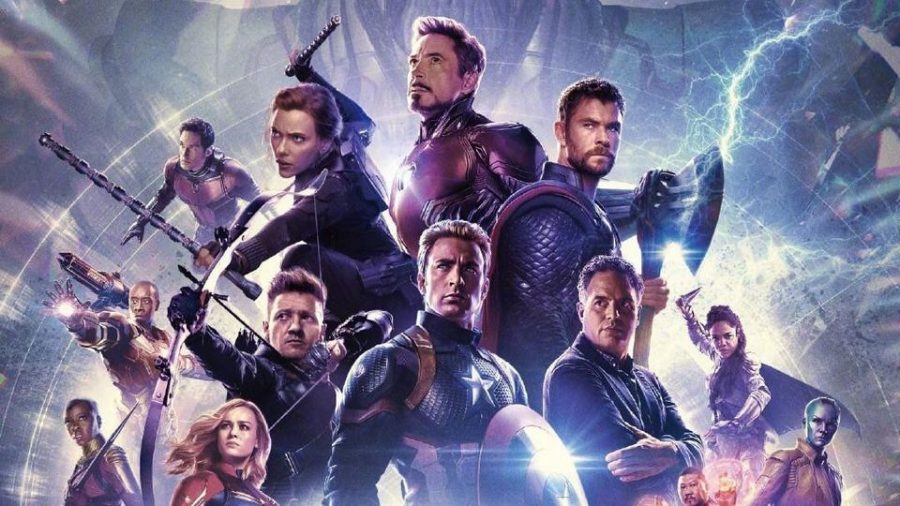 We’ve finally made it. Avengers: Endgame hit theaters on April 26, blowing the literal and proverbial socks off of audiences around the world (myself included).

If some of you (well, half of you) recall my review of Avengers: Infinity War last year, you’ll probably remember the mock threats dealt out to me since I was one of the first in my Journalism class to go see the film.

Well, turns out that no-spoilers threat for Marvel movies has become a given now throughout the world (check out this this recent story of a school banning Endgame spoilers) and even though I was never directly told by other students that I’d be harmed if I said anything, that feeling was definitely present in my classes. So I did my best to write a spoiler-free review.

Back when I watched Infinity War, I was certain that no other Marvel film could even come close to its success. I mean, what other movie would be willing to kill off the vast majority of its cast of fan favorites?

But the moment I sat down in the theater and the lights dimmed for Endgame, I knew I was completely wrong.

Avengers: Endgame is now my favorite Marvel movie, superhero movie, and perhaps movie in general. I’ve had a little over a week to soak in what I watched over those three hours, and I am still certain that what I saw was phenomenal.

Endgame picks up directly after the events of Infinity War. Thanos (Josh Brolin) has won. The Avengers have lost, and so has the universe. With a single snap of his fingers, The Mad Titan has reduced all life in the universe by 50%, killing trillions. The heroes themselves aren’t spared from this tragedy, as characters like Spider-Man (Tom Holland), Doctor Strange (Benedict Cumberbatch), Black Panther (Chadwick Boseman), Bucky Barnes (Sebastian Stan), Star-Lord (Chris Pratt), Groot (Vin Diesel), Drax (Dave Bautista), and Scarlet Witch (Elizabeth Olsen) have also been “snapped.” As Thanos finally achieved his desired rest in Infinity War, the film ended. The heroes were defeated.

I got really lucky going into Endgame. I managed to avoid getting my experience spoiled, so it was completely pure. I couldn’t be happier. If at all possible, do NOT see or read any spoilers before seeing this film. Watching it for the first time is a feeling I will never forget, and one that I think every Marvel fan should experience.

Now, I admit that I let a few spoilers slip with my Infinity War review, but I’m not giving anything away for Endgame. So, let’s get into this spoiler-free review. Grab your tissues.

I cried during this movie. Twice. Some of you are probably thinking, “Blake. It’s just a movie. Chill out.” And I mean, you aren’t wrong. But this has been an experience for me that was ten whole years in the making, and I’m not at all afraid to admit that.

If you think you know what’s going to happen based on what I just discussed, I assure you that you’re wrong. I was the same; I thought I knew exactly how everything was going to go down an hour before sitting down in the theater.

But those first 20 minutes changed everything I thought I knew.

I feel like I don’t even have to talk about the quality of the acting (if you’ve seen any Marvel movies you already know it’s going to be amazing), but boy, was there some killer acting in this movie. As usual, Robert Downey Jr. absolutely annihilates as Tony Stark. And one of my personal favorites, Paul Rudd, gets some amazing screen time as Scott Lang, who provides some much-needed comic relief.

Something I didn’t see coming, though, was how I would come to love a character I didn’t feel too strongly about: Nebula (Karen Gillan). Nebula is now one of my top three favorite characters in the MCU (Marvel Cinematic Universe), next to Doctor Strange and Thor.

Why? Watch Endgame. You’ll know why. Her character has always been complex, but she’s never been able to shine like she does in Endgame.

Overall, I honestly cannot find fault in this movie. There isn’t a single thing I found wrong or bad or wished had been done better. That may be the fanboy talking, but it is absolutely how I feel. Everything works together so amazingly. The acting, the visuals, the beautiful soundtrack by Alan Silvestri, all create an emotional experience unlike anything I’ve ever seen

Go. See. This. Movie. It is the inevitable.