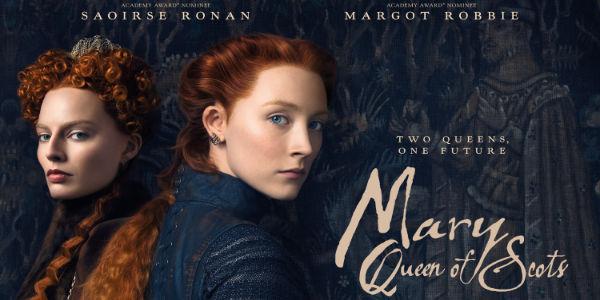 Mary Queen of Scots is an engaging and dramatic movie from the first moment to the last. While it earned a respectable but unamazing 63% on Rotten Tomatoes, the public rated it an impressive 81%, so there must be something the average viewer likes.

The movie begins on a dramatic note as we see a tired but proud Queen Mary  (Saoirse Ronan) walking through a small room filled with men. As she winds her way through them, you realize that a medieval guillotine awaits her. The movie theater became thick with concern and anticipation as she approaches the guillotine and kneels down to pray before her death.

All of a sudden, we are transported to the past to learn the tragic events that led her to this fateful block.

First, a little historical background. Mary, Queen of Scots, was the niece of Henry VIII of England, best known for having six wives and executing two of them. When his son, Edward, and elder daughter, Mary, died, the throne of England came to his second daughter, Elizabeth. Henry had a history of alternating between bastardizing and legitimizing his daughters over the years, although he ultimately legitimized them and secured their positions in line for the throne. However, after the English Reformation switched England from Catholicism to Protestantism, there were those who refused to recognize Elizabeth as the rightful ruler of England, turning their allegiance to her still-Catholic cousin, Mary, who became the Queen of Scotland when she was only six days old.

Now, back to the plot of the movie, which begins its flashback to the day when Queen Mary returns home to Scotland from France after her husband, Francis II, dies. She returns to find her country run by Protestants who defy her Roman Catholic beliefs. Scotland is in a somewhat peaceful era with its sister country England, where her cousin, Queen Elizabeth I (Margot Robbie) rules. For perhaps the first time in European history, two of the most powerful countries are ruled by women.

This fact perturbs numerous men of both countries, with tragic results for Mary as her country ultimately turns against her for reasons that I will not share, for fear of spoilers. The movie focuses on this tension, as well as the sparks that fly as these two powerful rulers, Elizabeth and Mary, interact. While this imagined scene is fictious (there’s no evidence that Elizabeth and Mary ever actually met in person), it is nevertheless powerful.

The main tension between the two is the fact that Queen Elizabeth is unmarried, and has not produced an heir to follow her on the throne. While Queen Mary realizes this, she approaches this situation carefully, for whoever does produce an heir stands to have their offspring become the rightful ruler of both England and Scotland.

In a twist of events, Mary confides in her royal council when her half-brother, James (James McArdle), turns against her to embrace England. James is a very conflicted character as he goes back and forth between trusting Mary and backstabbing her. By the end of this film, you don’t know what to think about him.

As Mary and Elizabeth interact through the years, they begin to send personal letters to each other, and almost create a friendship. Almost. For how can you be friends with a fellow ruler who doesn’t take you or your country seriously, or may be trying to overthrow you?

The plot leads Elizabeth and Mary to call a meeting together in a remote cabin in England. During this very heated gathering, both women try to reason with each other, yet, when Mary throws the claim that she is more powerful than Elizabeth in Elizabeth’s face, you see just how damaged the queen of England truly is. The atmosphere in the small cabin quickly becomes thick with contained anger right before Elizabeth storms out.

As the queen leaves, she barks out to one of her ladies in waiting, Bess of Hardwick (Gemma Chan) to keep Mary close so Elizabeth can keep an eye on her rival. The movie details how Queen Elizabeth keeps Queen Mary in a virtual prison in England for almost twenty-five years until Elizabeth has her cousin convicted of treason for an alleged plot against Elizabeth’s life.

Both Robbie and Ronan have standout performances in this dramatic and dark movie. Robbie sheds her previous role as Harley Quinn in Suicide Squad and becomes the pristine, powerful Elizabeth I embodied through history. In the same light, Ronan is hauntingly stunning in the role of Queen Mary, even topping her role in Lady Bird. I cannot wait to see this movie again on DVD to make sure I catch all of the minute details that are easy to miss.

One caution: This movie is not a family movie, and definitely earns its R rating. I would not recommend it to a viewing audience of any younger than 15 or 16, due to some sensitive subjects and gratuitous violence.

Even if you do not know much about this period of history, you can still enjoy this climactic movie (although those who are knowledgeable in British History may not enjoy it as much since it does take liberties with the facts). Still, found myself sucked into the twists and turns of this film. I would rate this movie at a 90% because some of the actual history gets lost in the translation, and I still had questions that were yet to be answered by the end of the film. 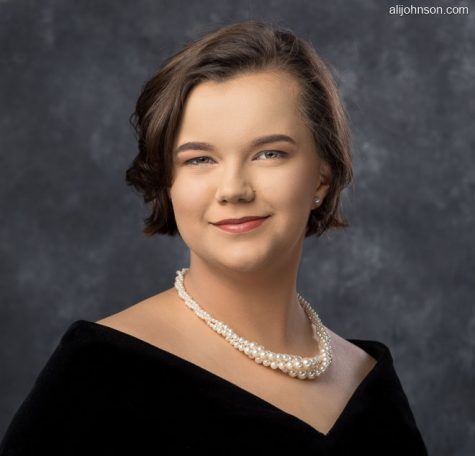 Gracie is a senior and this is her first year in Journalism. She loves writing stories and playing softball, as well as taking road trips. She plans on...