Venom Takes a Bite Out of the Box Office 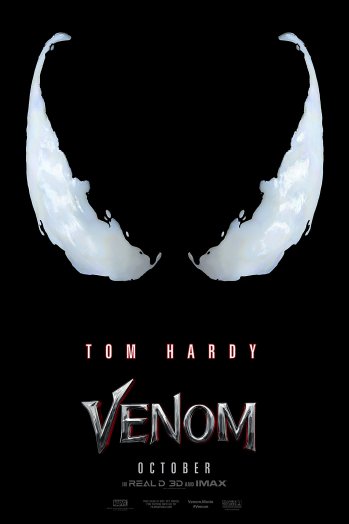 As it sets October box office records, perhaps one surprising facts about Marvel newcomer Venom is that the Marvel “hero” isn’t really a newcomer at all.

The character of Venom has actually been a part of the Marvel movie lexicon dating back to the first Spiderman trilogy, when 2007’s Spider-Man 3 featured Spider-Man (Tobey Maguire) battling villains Sandman (Thomas Haden Church) and Venom (Topher Grace). That movie revolved around the collision of three comic book characters, and was once referred to as “Hollywood’s biggest mistake” by The Guardian.

While panned by some critics (Rotten Tomatoes’ gave it a critic rating of 30% positive), Venom has been a hit with audiences, with 88% of audiences on Rotten Tomatoes giving it an 88% positive score. The movie begins with a shot from space–a common plot device in the last couple Marvel movies–as a shuttle heading for Earth reenters the atmosphere. Not surprisingly, something goes terribly wrong, and the shuttle goes down in a ball of smoke, landing somewhere in rural Malaysia.

On board are four beings called Symbiotes, nasty little creatures from outer space that can only survive if they are combined with a compatible host. They are brought to Earth for reasons I will not share, for fear of spoilers.

The creatures are brought to the Life Foundation, a company devoted to curing cancer and other diseases which sits on the outskirts of San Francisco. Once there, they attract the attention of the newspaper where Eddie Brock (Tom Hardy) is a reporter. Charged with interviewing Carlton Drake (Riz Ahmed), the head of the Life Foundation, Eddie unexpectedly verbally assaults Drake. In the aftermath, Eddie loses not only his job, but also his girlfriend, and retreats from society in anger.

Meanwhile, Drake begins to experiment with the Symbiotes as he tries to pair them with a successful human host, with unfortunate results. One scientist, Dora Skirth (Jenny Slate), sets out to expose Drake’s experiments and turns to Eddie for help.

She brings him to the Foundation one night, and in doing so, he inevitably pairs with a Symbiote named Venom. Venom begins to take over his mind, speaking to him, taking control of his actions, and controlling him like a puppet on a string. An amazing battle scene unfolds. Paired with great CGI effects, it becomes a spectacular first showing of just what Venom can do.

Eddie seeks help for his “parasite” as he comes to affectionately call it, yet he continues to bond to Venom in doing so. They move as one, speak as one, and fight as one unstoppable force. Multiple fight scenes ensue, each one better than the last.

In addition to an amazing fighter, Venom is hilarious. The ongoing banter between Eddie and Venom only adds to the realism of their physical and emotional bond. As always, Marvel completely knocks it out of the park with their amazing CGI and a witty script.

Towards the end of the movie, you learn how humans came across the Symbiotes in the first place, and what the intentions of these beings truly are. You also see that Venom isn’t just a bad guy, he’s a tragic villain, much like Thanos in Avengers: Infinity Wars. You see Venom try to protect Eddie–not just because if Eddie dies, so does Venom–but because of their bond.

Venom also battles one of his own, a Symbiote named Riot. I will not spoil how and why they come together in an epic battle, but it is worth the price of admission to watch Venom, the supposed villain of this movie, fight to save the earth.

Tom Hardy excels in his role here, as he has in playing a variety of complicated characters such as Bane in The Dark Knight Rises, Forrest in Lawless, Max Rockatansky in Mad Max: Fury Road, and a member of the hunting party in The Revenant. I will always love Hardy in all of his roles, and I can’t wait until his next movie to add to the collection of his growing career.

This movie is definitely in my top five Marvel movies, which is saying something considering how many movies Marvel has made over the years.

I’d give this movie a 9 out of 10, purely due to questions left unanswered shortly before Eddie pairs with Venom, and also a few loose ends at the movie’s close. Other than those questions, I absolutely loved this movie, and can’t wait until it comes out on digital so I can watch as frequently as I please.

As with every other Marvel movie, you must stay until the very end of the credits, as Venom holds previews for Marvel movies yet to come. The movie is best kept to those no younger than 13 or 14, as there are rather violent scenes and some graphic language. 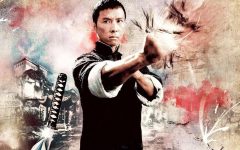