The Time Of My Life 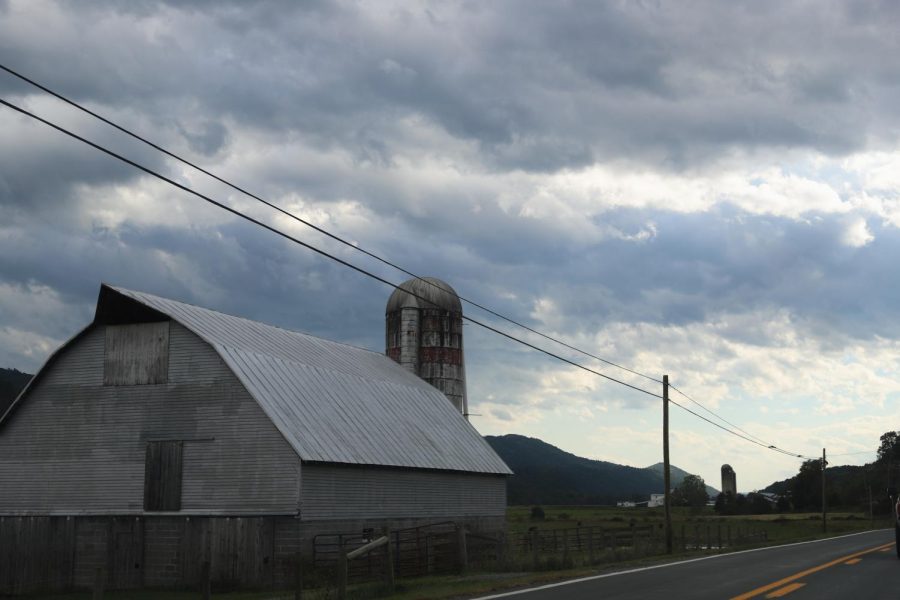 “Come on! It’ll be fun,” my best friend Jessica pleaded.

“It’s a bad idea,” I replied in an annoyed tone. She’d been begging me to come to her party for weeks, and normally I would, despite how incredibly boring I found them to be. But this one was different from the others. It was being held in the abandoned mental hospital on the outskirts of town.

“Please! I’ll do anything. I promise you won’t regret it!” she begged.

“Nobody’s been around there in ages! It’s got to be full of spiders and rats by now. Definitely not party material,” I told her. I knew how she prided herself on always having perfect parties and hoped this might change her mind.

“What? Are you scared or something?” she teased.

“No! It’ll just be gross. Besides, you know we aren’t allowed to go in there,” I replied.

“Aw, you are scared!” Jessica squealed. A little crime had never stopped her before. “Don’t worry, nothing’s going to happen, except you having the time of your life.” I couldn’t imagine that I’d have any fun at one of her parties, but I didn’t want to listen to her begging anymore.

“Thank you!” she exclaimed as she flashed me a shining smile.

Without warning, the entire room erupted into screams. I placed my hands over my ears, hoping it’d block out some of the racket. It didn’t.

I couldn’t see what happened, but suddenly everyone was running in panic out of the room. People were rushing past me in a blur, and I was being pushed violently back and forth. Why on earth did I agree to go to a party at an abandoned mental hospital? Then someone ran into me forcefully and my head smacked into the ground. I touched it with the tips of my fingers and saw that it was bleeding. Dazed, I scrambled to get back on my feet and started running towards the door.

“It’s stuck!” I heard someone yell. The volume of their screaming was making my head pound.

“Move! Let me try!” another person shouted, and I could hear them banging on the door. Eventually, they realized that it wasn’t going to budge, so people started running back into the building.

Quickly, I scanned the room, trying to figure out what was going on. On one side there were tables with food and drinks, and on the opposite side there were a few more tables with chairs. Atop the tables were plates of food and girls’ purses. Then I looked to the front of the room and saw tall speakers that I didn’t even know Jessica had. On either side of the room there were large, wooden staircases that looked like they could collapse at any second. Every wall was lined with doors. Reinforced doors. Finally, I looked to the middle of the room and examined the space that was cleared to be a dance floor.

At that moment I realized why everyone was so panicked. In the middle of the floor was a body. An unmoving, non-breathing, bleeding body. My stomach churned, and I leaned over to throw up. Once there was nothing left in my stomach, I started sprinting towards the stairs, hoping to find a place to hide. Someone’s been killed! I thought to myself, trying to process what I saw. This can’t be happening. But it was.

I scanned the second floor. There wasn’t a single person in sight, and the whole building was eerily silent. The only thing I could hear was my own breaths, and I tried to slow and quiet them, praying they wouldn’t give me away.

Abruptly, Jessica’s speaker squealed, and it felt like I’d jumped out of my skin. Shaking and holding my breath, I ducked behind the rail of the staircase.

“Hello,” a voice I didn’t recognize said into the silence. It was a man’s voice, and he seemed unusually happy. Definitely much too happy to be standing in the room with a body. The killer! I realized, and my heart skipped a beat. “I’m sorry I killed your friend,” he said, and I remembered that I didn’t see who had died. Please don’t let it be Jessica, I thought desperately.

“I didn’t mean to,” the killer continued sadly. How could he kill someone on accident? Slowly, I stood up to peek over the rail; the curiosity of who this killer could be was consuming me. When the room was in sight, I saw a tall man with a dark beard and crazed blue eyes standing near the speaker. I looked more closely at him, trying to ignore how dizzy I was suddenly feeling. The man was deathly thin, his long hair and beard were matted, his skin was sunken, his face was scratched as though he’d been clawing at it himself, and in his hand he held a knife thickly coated in blood. I watched in horror as a drop slowly fell from the knife and splashed onto the floor. I forced myself to pull my eyes away from it and find out who the dead person was. Terrified, I looked towards the body.

It was a beautiful girl with dirty blonde hair and still open hazel eyes. Jessica. I felt like I was going to pass out. Unthinkingly, I began to crawl towards one of the doors, needing my best friend’s body to be out of sight before I did something irrational and wound up with the same fate.

“He made me do it,” I heard the killer sob. “And I can’t get him out of my head!” The man was screaming now. Multiple personalities, I realized.

Finally, I reached a door. Relieved, I opened it and walked in, thankful to be away from the main room. I took a deep breath and tried not to think about Jessica.

Suddenly, a rough hand clasped over my mouth and around my waist. Complete and utter horror washed through me.

“Shh, don’t scream,” a voice cautioned me in a whisper. The person moved their hands off of my mouth and onto my shoulders to spin me around to face them. It was a boy I’d gone to school with since kindergarten, but my mind was moving so fast that I couldn’t quite remember his name. He was taller than me, but not by much, with brown hair, and eyes filled with anxiety.

“Jessica’s dead!” was all I could say.

“I know, I saw it happen,” he replied. Then he said, “Be quiet, I’m trying to hear what the murderer is saying.” So I didn’t say anything else. We both focused intently, craning our ears to hear what was happening outside.

“They left us all behind. They left me alone with him,” the killer said in despair.

“Who’s they?” I whispered to myself.

“The doctors told us that we were unimportant to society, and left us to die. Every one of us, after they’d kept us here like a prison! All alone. But I can never be alone,” his voice had a sing songy lilt to it now. “He never stops talking! Do you all want to hear what he’s telling me now?” It was strange how he spoke to us, how he spoke of this murderous man in his head. It made chills run up my spine and the hairs on the back of my neck stand up. “He’s telling me to find more of you to kill. No! No!” he cried, clearly no longer speaking to us. “Please don’t be angry. They’ll find out eventually. Yes. They’ll know when we get to them. They’ll scream and make it obvious.” It was odd not to be able to hear the other half of the conversation. Suddenly, he stopped talking. Now all I could hear was our breathing. Then, after a moment faintly something else. Footsteps.

“He’s coming,” I whispered to the boy.

“When I got up here earlier, I saw a window at the end of the hall. It’s boarded up, but I’m sure there’s a loose one you can pull on while I distract him.” He spoke so quickly that I almost wasn’t able to understand him. That’s what reminded me of his name; I’d only ever met two people who talked like that. Jessica and Isaac.

“How do you plan to distract him?” I questioned.

“I’ll go out there and make some noise or something so he comes after me,” he explained. “Then, once you’ve got the window open, I’ll get away somehow,”

“You can’t do that. He’ll kill you!” His plan was the opposite of foolproof.

“I’ll be fine,” he reassured me, but he didn’t sound very confident. The footsteps grew louder, and by the time I opened my mouth to argue, Isaac had already slipped out of the door. The killer laughed giddily when he saw him, and his footsteps quickened.

“Go, Olivia!” Isaac shouted, so I opened the door and sprinted down the hallway. My heart pounded in my ears as my hands searched the wooden boards for a loose spot. I glanced back at Isaac as I began to pull on the board and saw that he was fighting the killer. Issac’s face was bleeding, but so were his knuckles. The killer was smiling, despite the fact that his knife was lying across the room. As I ripped the loose board from the window, I remembered Jessica. I remembered how we’d spent every birthday and holiday together and our first days of school. I remembered all the pointless parties she threw, and her bright contagious smile. How you could tell when she was really thinking about something because her eyes lit up. And I remembered her lifeless body on the cold, dusty floor of this awful asylum. My blood boiled and my heart broke. Still holding the board, I walked down the stairs to where Isaac was now cornered.

The killer was facing away from me, but he had somehow retrieved his knife. I had a perfect shot, but I didn’t want to watch his back as I killed him. I wanted to see his eyes.

“Olivia, what are you doing?” Isaac asked in fright. The killer spun around to me. A smile broke out across my face as my eyes met his.

“Avenging my friend,” I replied as I swung the board back and smacked the killer. Shocked and in pain, his knife slipped from his hands. My reflexes kicked in and I bent down to grab it. While I was crouched down, the killer grabbed my board and pried it from my hands. But I was faster than he was. Before he could hit me, I pushed the knife deep into his stomach. I watched his eyes as the life left them, and I knew that I should feel sorry, but I didn’t.

Isaac ran over to me and grabbed my arm, pulling me away and towards the window. As I climbed out, I started to cry. I cried so hard my chest felt like it was going to split in two and my head throbbed painfully. Jessica’s words from last week rang in my ears.

“Don’t worry, nothing’s going to happen, except you having the time of your life.” If only she had been right. 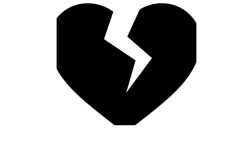 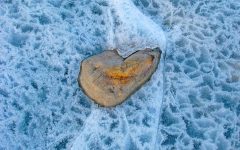 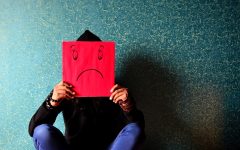 Thanks for the Lies 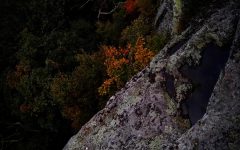