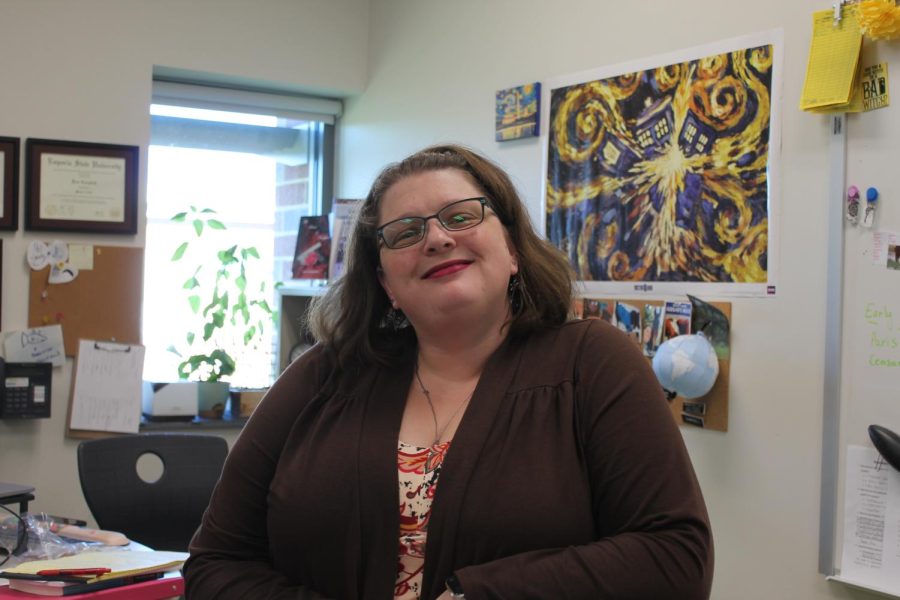 Lori Campbell in her classroom.

English teacher Lori Campbell may only be in her second year of teaching at FCHS, but she’s already made a long lasting impression on students.

Campbell grew up in several states during her childhood years including New Jersey, Pennsylvania, Ohio, West Virginia, Indiana, Virginia, and Minnesota. While she was in high school, Campbell said, “I attended six schools in five states in four years.” Despite all the moving, she still considers New Jersey home, since her grandparents were located there.

During high school, Campbell wanted to be an actress up until her junior year when she was asked to teach a lesson as a result from her goofing off in class. “[My teacher] was impressed that I knew what I was talking about, and I kind of liked teaching,” she said. She later graduated from Augusta State University with a Bachleor of Arts in English and received her Master of Arts in English from Emporia State University.

Campbell has always enjoyed English and has been writing stories for a long time. She said she loves teaching literature because of the variety and differences in each story. “I think we would lose something about what makes us human if we stopped telling stories,” she explained. She teaches Piedmont Valley Community College (PVCC) British Literature, PVCC English Literature, and English 11.

Outside of teaching, Campbell enjoys traveling, kayaking, and watching movies with her husband. She also enjoys spending time with her two dogs Bailey (a Shepherd/Lab mix) and Henry (a Chihuahua/Terrier mix). “I also have some plants that I’m trying not to kill,” she said.

Campbell hobbies includehome improvement tasks, painting and doing crafts. Her favorite hobby, however, is writing. “I’ve written two books that are for sale on Amazon, and I’m working on more,” she said. She is also working on academic papers as well.

View Comments (3)
About the Contributor 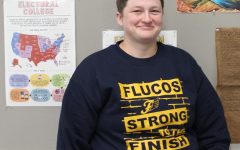 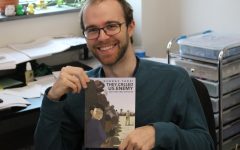 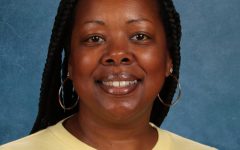 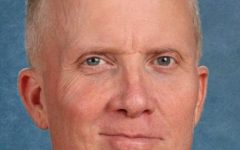 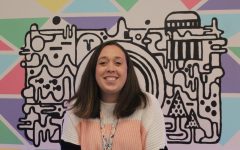