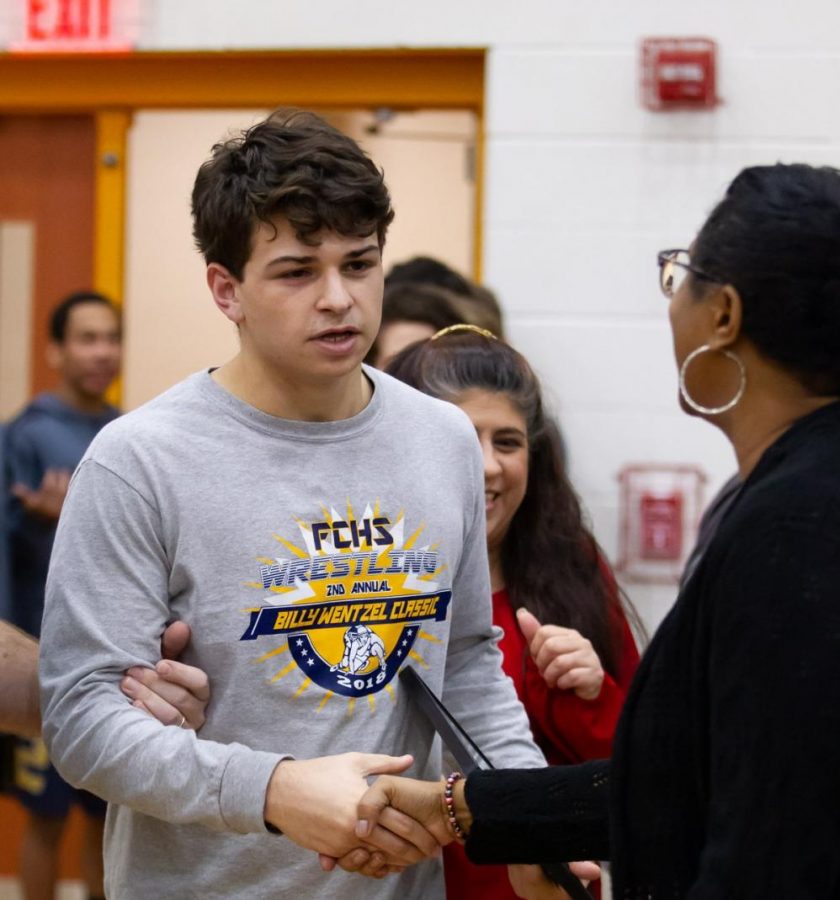 Quite a lot is expected out of student athletes throughout high school, but especially in their senior year. Applying to colleges, completing final classes needed to graduate, and succeeding in their sports are some of the many challenges they have to balance. Those students who rise above these adversities become some of the school’s most impressive students.

One such person is senior Ethan Vernatter, who participates in wrestling, lacrosse, and cross country, as well as a variety of advanced classes.

Vernatter has been in wrestling and lacrosse since sixth grade, and started to run cross country in his junior year. “I wasn’t very into sports. I was actually pretty out of shape, so it started as a way to get into shape, and then grew from there.” Vernatter said.

Motivation is a key factor in any person’s work, and without a doubt plays a role in the tasks of students and athletes alike. Vernatter finds his motivation through his sports performances. “I want other people to look at me, whether it be at a wrestling tournament or at school, and know that I’m good at what I do.”

Vernatter believes that as both a team member and a leader that his knowledge of sports and his years of experience studying them differentiates him from others. “I’ve put a lot of time and effort into making sure I understand my sports to the best of my ability,” he said.

One of the things Vernatter is most proud of in his sports career is that he arguably has the most pins in a Fluvanna wrestling season, and that is just from this past year.

Outside of sports, Vernatter has taken a variety of classes in preparation for college and a career, including Pre-Calculus and Journalism. He is a reporter for the Fluco Beat, the school’s student website, is a member of the Beta Club, and was selected to participate in last summer’s American Legion Boys State. When he isn’t competing or studying, Vernatter likes to hang out with his friends and relax.

Because of his efforts in his sports career, Vernatter was recently selected by CBS 19 to be their Student Athlete of the Week award, an honor that only one other FCHS athlete, senior Christina Walker, has received this year.

Although Vernatter’s experience with high school wrestling and cross country is done, his lacrosse season has only just begun. Vernatter plans to go on to college, but is undecided thus far, although he is considering a major in history and political science, and a minor in education.