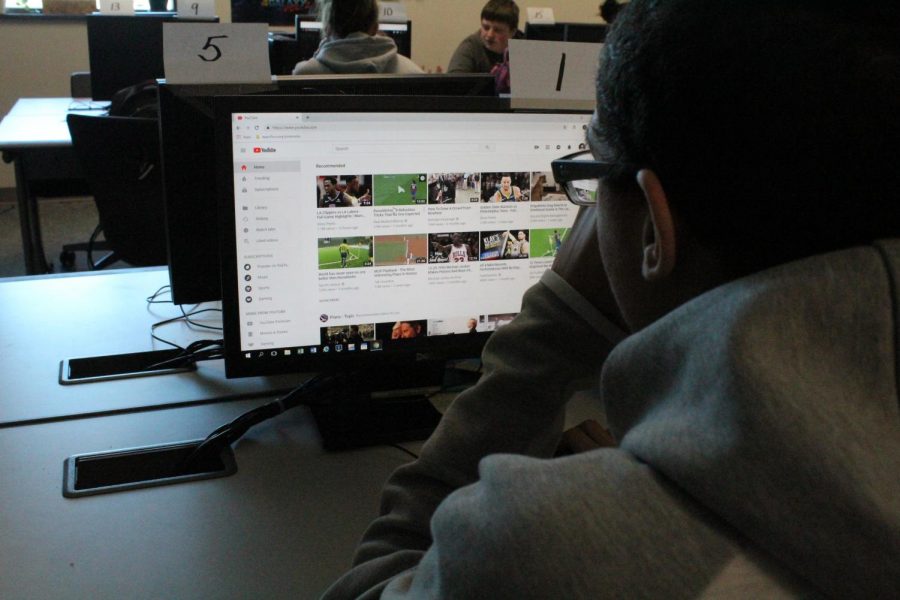 YouTube was founded in 2005 by Chad Hurley, Steve Chen, and Jawed Karim, with their only intention being to share videos with each other that they had struggled doing before hand. Since then, YouTube has became one of the most recognizable platforms and forms of social media, with thousands of channels and Youtubers creating and posting content every second. One such content creator is an up and comer at FCHS, Devan Glasgow.

Starting in 2016, Glasgow originally uploaded NBA2K gameplay. “I just made my channel for fun, with that turning into 2k videos,” said Glasgow. He quickly became inconsistent with uploading content and took a short break from making videos. “I asked my friends what type of videos I should make that would be interesting. Most of them said reaction videos so from there on out that’s what I stuck with,” said Glasow.

This first started as a hobby for him, with Glasgow saying, “I used to watch other peoples’ videos, then I found it interesting so I started doing it for fun.” One particular inspiration for him is the Youtuber Solluminati. “He was the main Youtuber I used to watch, and I really enjoyed his videos,” said Glasgow.

Glasgow usually makes and post videos two to three times a week, saying, “I’ve been pretty inconsistent with uploading recently but I’m trying to upload two to three times a week for the viewers.” Aside from just doing reactions, he includes his friends for more creative videos. Glasgow says his goal is to keep growing to be able to reach and inspire others to do what they want.