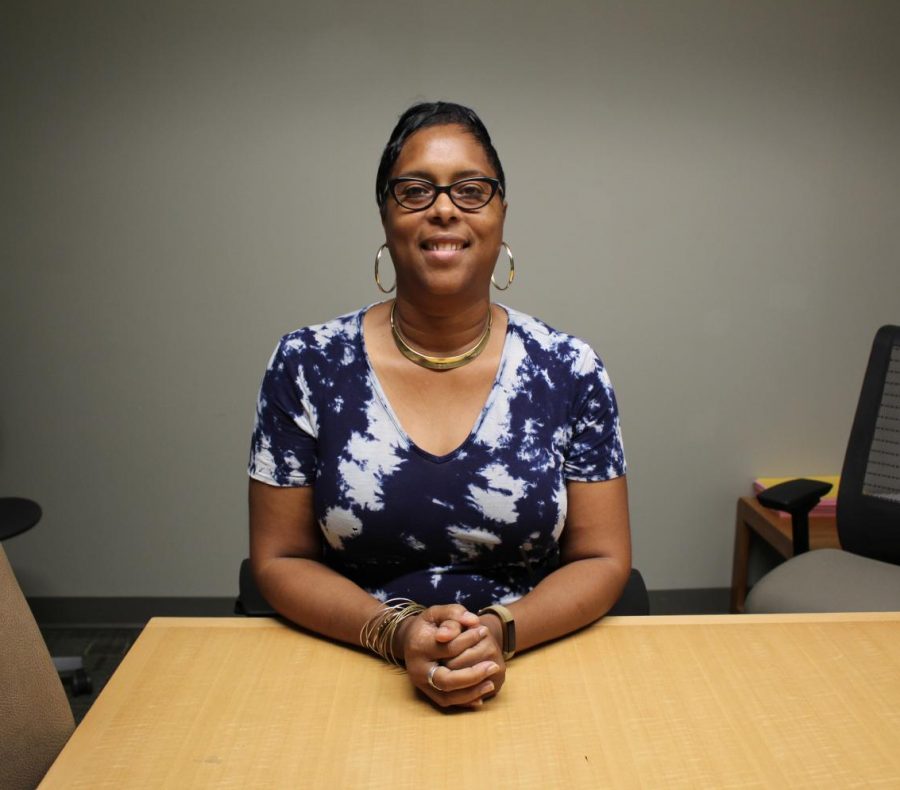 While the 2018-2019 school year has brought many new changes to Fluvanna County High School, perhaps the most noticeable of these changes is that the school has a new principal, Margo Bruce, who took over from retired principal James Barlow.

Yet she is not exactly a stranger to FCHS. She is a graduate of the school, and has been an assistant principal here for over a dozen years.

The Fluco Beat editors recently interviewed Bruce to help Flucos get to know their new principal and hear about her goals for the year.

“After thirteen years of being Assistant Principal and seeing the needs of the students, I felt I’d be the best candidate [for the position of principal].  I wanted to enhance the academic learning of our students, and to bring them from one intellectual place to another,” she said.

With all the changes that come with new leadership (including that of Bruce and new Assistant Principal Frank Sampson), students may be wondering what changes Bruce foresees for students and staff.

“With our academic programs, I believe that they haven’t been in the spotlight for long enough. For example, we have asked the Fine Arts section of the school to broaden their horizons, and move their art further up in the school,” Bruce said. Plans are currently underway for some advanced art students to design and paint murals on walls around the school, not just near the art rooms.

Bruce believes that in previous years, the school has been too sports-focused– hence her determination to bring a greater spotlight on school academics.

Other ideas that Bruce has for improving students’ experiences at the school include the following:

In addition to these ideas, Bruce has created a 100-day plan that outlines some of the major goals for the school year, including student meetings, meeting with other school districts, and tea or coffee with the principal.

How did Bruce get to be where she is today?

She originally studied at Virginia Union University for a major in business administration, but eventually moved on to Old Dominion, where she gained 21 graduate hours in special education. From there, she took classes at the University of Phoenix where she realized her passion to become an administrator. In addition, Bruce earned a Masters in Divinity several years ago.

Bruce said her first job (which she got in order to fulfill her dream of buying a car) had her working in a business called Ivy Industries, a place that made picture frames. While it wasn’t the most enjoyable job, she said, the experience made it worth it in the end.

Bruce has been married for 23 years to her husband Darry, and has two sons, Kadarius and Karel, both of whom graduated from FCHS. In fact, many Flucos may not realize that Bruce is herself a 1986 graduate of FCHS.

Two little-known facts about Bruce are that her favorite movie is The Color Purple, and the fact that she’s an ordained minister and reverend who enjoys working in and with her church.