“Captain Marvel” Possibly the Greatest Avenger of All 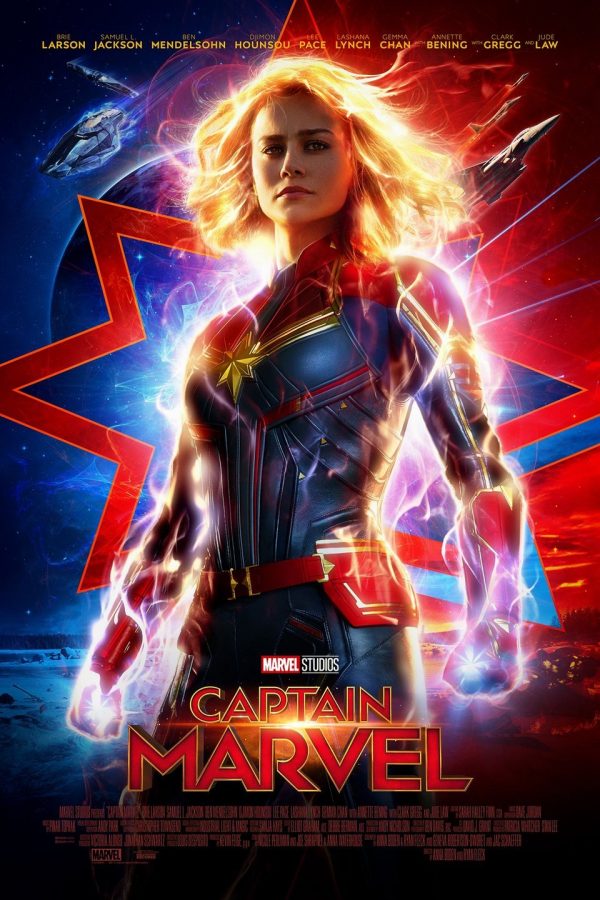 The Captain Marvel poster courtesy of both Marvel Studios and Google.

Before I officially begin this review, I would like to note that there may be spoilers for those who are not caught up on all the Marvel movies. I will do my best to keep the spoilers to a minimum, but honestly, Avengers: Endgame comes out in April. How are you not caught up yet?

For those who are caught up with the ins and outs of the Marvel Cinematic Universe (known as MCU to Marvel groupies), Captain Marvel is both exactly what you would expect and yet not at all. Prequels are usually just as bad, if not worse than sequels, and even though I’m a major Marvel fan, I admit I was completely unprepared for Captain Marvel to blow me away.

The film is set in 1995 and centers around Vers, played by Brie Larson, a Kree warrior from the planet Holla. In fighting for the Kree in their intergalactic war against the shape-shifting Skrull, Vers is brought to Earth to save a failed mission and help the Kree win the war.

While on Earth, Vers is joined by a young Nick Fury, played by Samuel L. Jackson, as they fight to save the Earth and the universe from the bloodthirsty Skrull.

I thoroughly enjoyed the plotline, mainly because of how obviously predictable the screenwriters made it out to be. They lead you into a false sense of security; the whole time you’re thinking you know exactly what’s going to happen…then they throw you for a loop with some well-planned plot twist.

The time period of the movie is another major plus. Since it is a prequel to the Avengers, Captain Marvel had to be dated prior to Iron Man, the first movie in the MCU, which came out in 2008.

Setting this movie in the mid-90’s allowed for a few nostalgic scenes, such as the appearance of a Blockbuster video store and a phone booth, Fury using a pager, and both Fury and Vers waiting on a dial-up computer to download a video. The setting introduced items and clothes from the past that kids today may not have previously known existed, while simultaneously giving adults something to reminisce about.

This also allowed the screenwriters to answer some of the lingering questions Marvel fans have been itching to know, like how the name “Avengers” originated, from and what happened to Fury’s missing eye.

I would also like to note that Captain Marvel is one of the few female superheros in the MCU, and in my opinion, one of the most powerful. Not only does she possess almighty superhuman abilities, but she also has an unwavering determination to do what’s right and is fiercely loyal to her companions.

Both Captain Marvel and her best friend, Maria Rambeau (played by Lashana Lynch), are strong female characters that face discrimination and adversity in their lives and workplace due to their gender. They are great role models for women of all ages as they work hard and fight for what they want to achieve, no matter how daunting the challenge. It’s a wonderful tribute to the rise of powerful women in the entertainment industry, especially in a franchise as significant as Marvel.

Overall, I was pleased with the film. Sure, there were a few too cheesy lines and the pace was all over the place at some points, but no movie is perfect. The plot, characters, and quality acting far out shone the few negative aspects of the movie.

As usual, the classic Marvel end credit scene delivered, setting up the arrival of Captain Marvel in the final chapter of the beloved series Avengers: Endgame. which comes out April 26.

I give Captain Marvel a 9/10 and highly recommend it to action lovers and superhero fans alike. It has a little something for everyone to enjoy, even if you are new to the MCU. 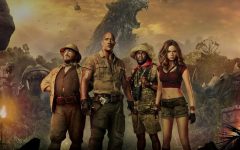 Jumanji II Takes Us Back to the Jungle