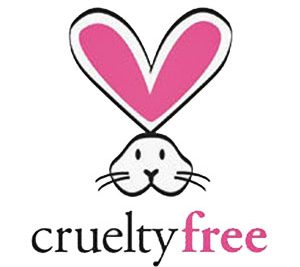 “Beauty is pain” is a common saying, but have you ever thought about the pain animals endure just so you can wear red lipstick? In fact, the truth behind animal cruelty has recently been coming to light.

According to Peta.org, over one hundred million animals die each year because of cosmetic testing. The animals vary from rabbits, guinea pigs and mice, to monkeys, frogs, and dogs. They are forced to inhale toxic fumes, get their spinal cords crushed, and even get their skin burnt off, while many of these animals are deprived from their natural characteristics. They are even forced to stay in barren cages and be physiologically traumatized.

According to Peta.org (run by the People for the Ethical Treatment of Animals, or PETA), a survey represented that 44% of Americans fully oppose testing on animals. “When I think of this topic, I often think about ‘Is it okay to test on people?’ My answer would be no, so [we should be] using the same concept when it comes to animals. We should not force tests on them; we have the right to choose and animals do not,” said sophomore Shelby Crawford.

Senior Delaney Hammond agrees. “I am definitely against animal testing. Since animals can’t consent to being tested on, I don’t think it’s ethical,” she said.

Many people seem to be against animal testing, so why do brands continue to do it?

The main reason why companies still test on animals is so that they can protect themselves against lawsuits from injured consumers, says PETA. By stating that the product was tested on animals, the company may hope to save money if they were to get sued. However, some courts have ruled that data found from animal testing couldn’t be valid for humans, as they are very different.

Animal testing is unreliable too. According to the National Institutes of Health (NIH), 95 percent of all drugs that are shown to be safe and effective in animal tests fail in human trials because they don’t work or are dangerous. as it lets companies put anything they want into their products.

These poor animals need help, so here are a few things you can do to help out. Start by buying cruelty-free products. Whenever you are at the store, look for beauty products that have a cruelty-free logo. Some beauty brands that do not test on animals include Anastasia Beverly Hills, Milani, Covergirl, Nyx, Elf, Colourpop, Kat Von D, and many others. Many believe these products work just as well as the animal-tested ones, or even better, and they also cost the same amount or less as animal-tested brands.

Another way you can stand up for these animals is by signing petitions. There are countless petitions that animal activists have created for the freedom of these animals. Some can be found on the site Change.org, while the most popular one is on Plantbasednews.org. That petition has accumulated over seven million signatures to stop these harmful acts on animals.

The last thing you can do to spread awareness is simply speaking on this topic more frequently. Whether by posting it on social media or just mentioning it to a friend, speaking up about the issue can cause a great amount of change. You can encourage others to switch over to cruelty-free products and spread awareness about animal testing.

In recent weeks, a video of an animated rabbit has gone viral and has helped open the eyes of millions of people on the danger and pain animals go through in the name of beauty. These animals are unable to provide consent, but they still experience the same kind of pain humans do. Help them out by switching to cruelty-free products and spreading awareness about this topic.

Animals deserve a world in nature, not in a laboratory. 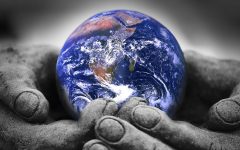 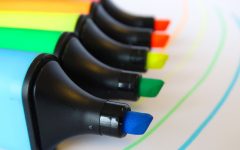 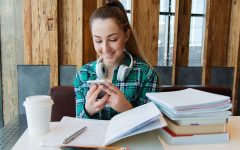 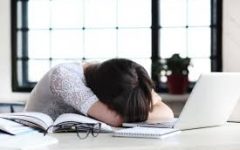 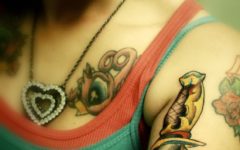