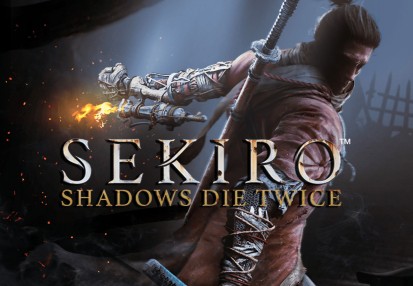 The Dark Souls series is famous for containing some of the most difficult video games to exist, even spawning its own genre of games, known as “Soulsborne” games. FromSoftware’s newest creation Sekiro Shadows Die Twice is twice as difficult as Dark souls.

Fans of Dark Souls and Bloodborne were disappointed by Sekiro’s announcement, because it was a story-driven, linear, single player action adventure game that would scrap the RPG and online play-ability elements found in their previous games. Personally, I wasn’t looking forward to this game. I originally hadn’t planned on buying it since I enjoyed the ability to customize my armor, fighting style, and character name in other games. People who like those aspects may feel disappointed in Sekiro, but I was convinced by the build customization and world design. You have the ability to go almost anywhere in the game after you get through the first area, which is what made the shrine system in Demon Souls so good. The build customization is another plus. While there isn’t magic or pyromancy, there are several upgrade paths for the shinobi tools you find most useful in combat and several combinations of standard attacks and prosthetic attacks you can unlock.

The combat is smooth with a series of combinations to use with shinobi tools that have their own upgrade paths suitable for your own play style. Where Sekiro lacks character customization, it picks up with fighting style combinations and several skill trees that branch to their own special abilities. The game is linear, but it has more customization for play style than any Soulsborne game.

The difficulty of this game is no joke, even for veterans of the souls games. Sekiro focuses heavily on perfectly-timed blocking rather than dodging, and the transition from one game to another can be jarring to both long-time and new fans. The combat is immersive, addicting, and leaves little room for error.

The bosses of this game fall into two categories: mini bosses and normal bosses. Mini bosses can be summarized as less important super enemies that can sometimes be harder to fight than actual bosses, such as the Shinobi Hunter and the Lone Shadow Longswordsman. Most bosses usually have their own set of arenas and have some importance to the main protagonist and feel cinematic, usually having a cutscene before the fight.

Sekiro is set in the Sengoku era of feudal Japan, in which a war wages across the entire continent. The main protagonist, named the Wolf after being adopted by a warrior named the Owl, spends his entire life training to be a shinobi to protect The Divine Heir, the set ruler whose blood has the power to resurrect those from death. He’s also only 12 years old.

While Dark Souls and Bloodborne are about an unnamed chosen warrior who has come to restore the land, Sekiro is almost the exact opposite. Instead of a story about depression and darkness, Sekiro is a story about determination. After the Divine Heir, Lord Kuro is captured by Genichiro Ashina, the leader of the of Ashina clan, The Wolf comes out of hiding to save his master once again, he then gets his arm chopped off by Genichiro, and is saved by a mysterious man named the Sculptor. From that point on The Wolf is determined to get back up. He’s a compelling, tragic, and relatable hero that doesn’t let anything stand in his way. Even death can’t stop him.

The world of Sekiro feels far more alive than that of Dark Souls because the enemies aren’t mindless shells like Hollows. They have actual conversations that you can eavesdrop on for useful information. It’s safe to say there’s a real main villain of this game with Genichiro’s recurring battles. The Wolf has a personal vendetta against him for chopping off his arm and learns that he too can’t die. While both of them hate one another, they have an understanding for each other in the sense that they both have to “do what must be done,” as Wolf puts it.

The story feels more realistic than the games that came before it, in which most of the protagonist’s motives can be summed up as kill everything that stands in your way to save the world. Sometimes the Wolf’s main motive can be put into question, as he kills off entire armies of soldiers without question, remorse, regret, or mercy. The Wolf isn’t the most charismatic protagonist, and he speaks in the same tone for the ten words he mutters in any conversation, but he is a step up compared to the silent killing machines you play as in the Souls series. While Sekiro isn’t a Souls like game, it walks its own path with real, relatable characters in a world that isn’t totally destroyed. The Wolf isn’t destined to save the world like the Ashen one from Dark Souls 3. He is just a simple ninja who gets dragged so far into his mission that he has no other option but to finish it. 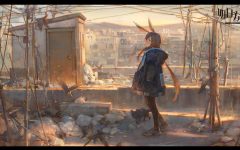 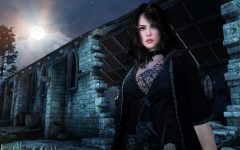 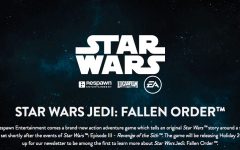 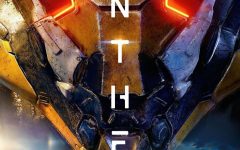