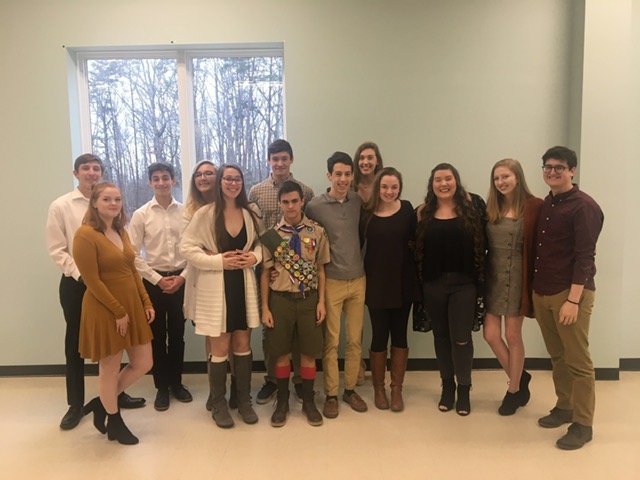 Senior Devon Shifflett and several of his friends, all of which attend FCHS, at his Eagle Scout ceremony on Feb. 11. Photo courtesy of Devon Shifflett.

Boy Scouts of America is an organization that promotes leadership and survival skills. Many scouts start at a young age and trickle out as they enter their middle school and high school years, but not FCHS senior Devon Shifflett. Shifflett has been a boy scout for seven years and just recently reached the highest rank possible in the Boy Scouts: Eagle Scout.

Shifflett attributed his interest in the Boy Scouts to his family. His older brother, Aaron, started the scouts at a young age and is also an Eagle Scout. His father was an assistant scoutmaster for his troop before becoming the scoutmaster, and his mother was the committee chair. His family’s heavy involvement within the Boy Scouts encouraged him to work hard and continue participating in the scouts throughout his life, with the goal of one day becoming an Eagle Scout.

Another major requirement for reaching the Eagle Scout rank is the Eagle Scout project in which a scout is responsible for planning, fundraising, and executing a project designed to help their community. For his project, Shifflett built a community garden for the Saint Nicholas Learning Center composed of three raised beds, landscaping, and a herb trellis.

Shifflett said that in his journey to become an Eagle Scout, he faced many challenges, but struggled the most with time management. “Finding time to plan, coordinate, and execute the Eagle Scout project was definitely the hardest part,” he said.

With his new rank comes a lot more responsibility and expectations, as Eagle Scouts are held to a high standard as leaders in both their troop and their community. Shifflett plans to continue serving as a senior patrol leader and chaplain aide in his troop. He also hopes to help his community in the future by leading his troop on more service projects and volunteering where he can.

Shifflett will attend Longwood University in the fall to pursue a degree in history. He plans on teaching history to high schoolers and possibly having a career in music as well later on. 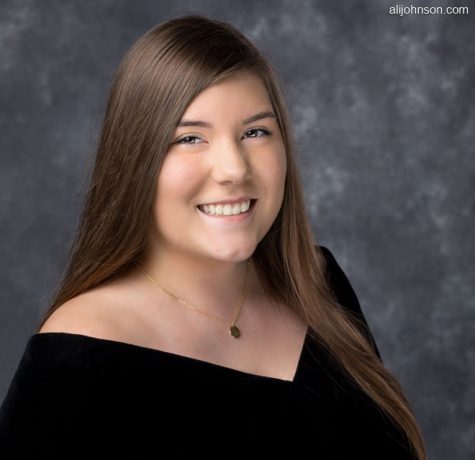