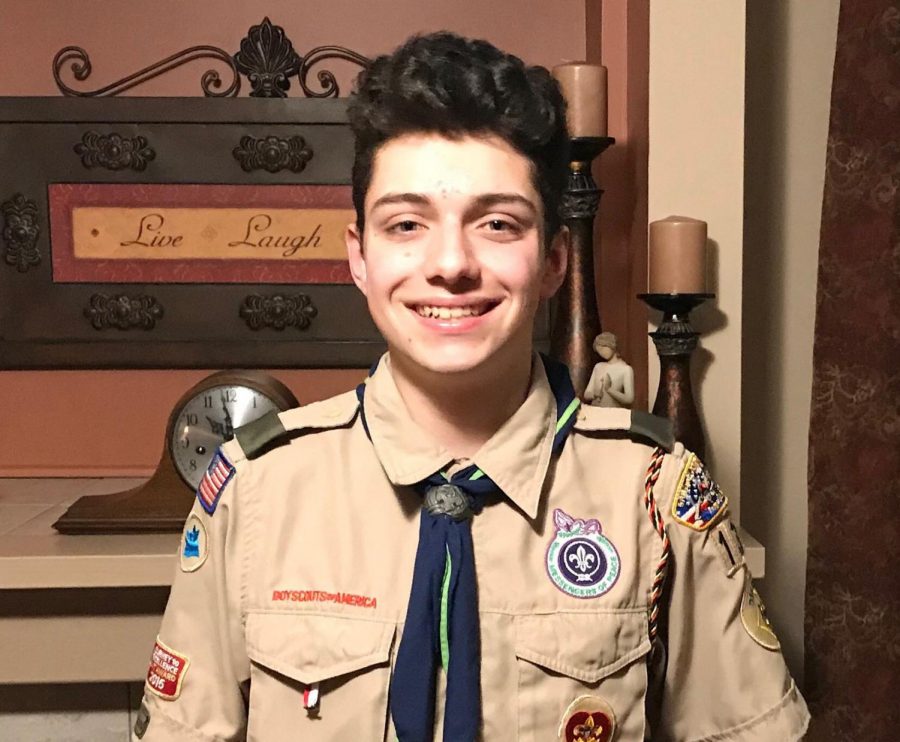 For the past eight years, junior Nicholas Thornton has been working towards one goal: becoming an Eagle Scout. If you don’t know what an Eagle Scout is, Thornton says it’s the “Highest rank in the succession of Boy Scouts,” and obtaining the title seems like it takes a lot of time and effort. You must earn around 23 merit badges, complete a service project, and attend a Board of Review.

Thornton said that you can take as long as you want to become an Eagle Scout. “You can get it in three years or a day before you age out,” he said, adding “you can really just work at your own pace.”

Thornton said that his mom is the one who got him into Boy Scouts. “She signed me up and I didn’t even know what it was, but I kind of just stuck with it.”

For his service project, which he completed last August, Thornton and a few of his fellow Boy Scouts went to Greenbrier Elementary School in Charlottesville and redid their amphitheater. He said they put new mulch down and planted new plants by the stage. Thornton also said they “redid the benches with composite board so hopefully they’ll last.” Upon completing the project, Thornton said he had to come up with the idea, get approval from the troop leader, fundraise, and lead the project from start to finish.

Hoping to meet all requirements to become an Eagle Scout by this month or next, Thornton says he has to earn his Citizenship in the Community, Personal Finance, and Cooking badges. He also has to complete a Board of Review, which he says is “basically an interview about what you did and general questions about scouting.”

Thornton says that he enjoys Boy Scouts because “It’s a lot of fun. being outdoors. Being outdoors is something I enjoy doing.” He also added that “If you like being outside, it’s a fun program.”

Aside from Boy Scouts, Thornton said that he likes to play soccer and make fire rap songs and YouTube videos. He said that his future plans are to “Go to PVCC [and] get my Eagle Scout and my drivers license.”