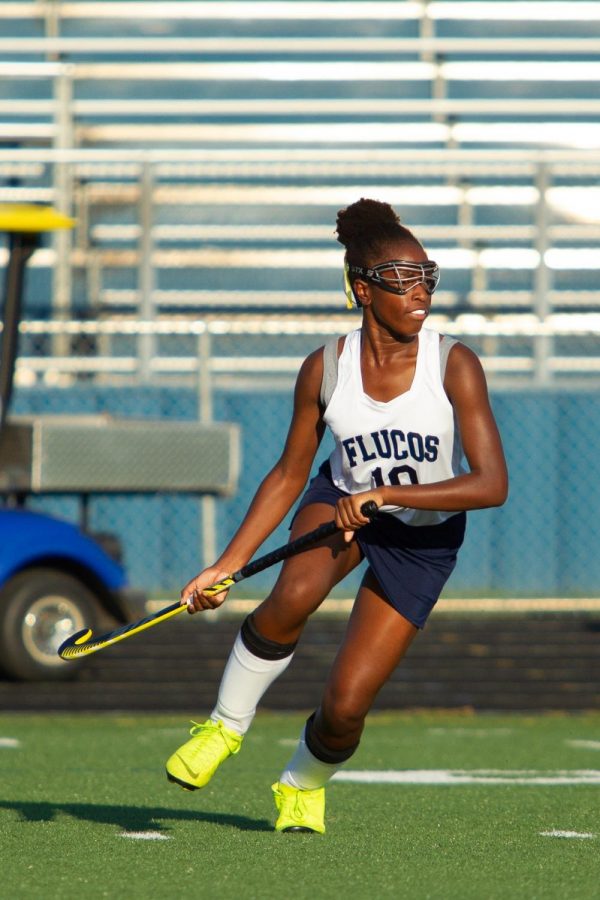 Jordan Cabell ’22 goes in for a shot at the Sept. 3 game against Chancellor.

As if it isn’t hard enough learning a new sport and play against teams with more experience, members of the new FCHS field hockey teams have had to deal with bullies.

JV captains Lauren Hamilton and Shayleigh Sims say they’ve both been teased or picked on for being on the field hockey team. “Mainly because of our record,” said Sims. At the end of the season, both JV and varsity didn’t win one game.

While the captains of field hockey have different views on the teasing that they have received, they all agree that they have either heard or have been presented with hateful comments from other students. “All the football boys tell me that field hockey isn’t a sport. They also brag about how good they are,” said varsity captain Elle Dudzik. “I try to blow it off or try to not let it bother me, but it sometimes hurts because you’re trying really hard,” she added.

Sims says she sticks up for the sport when she hears negative comments, but has to work to keep her answers calm and her anger controlled.

Still, all of the captains said that there have been benefits being on this new team. “I’ve made a lot of new friends, and I’m a happier person all around,” said Dudzik. Wagner agreed. “I’ve made a lot more friends since field hockey has started and I feel like my connections have grown stronger.”

Field hockey, like anything else, has its ups and downs. Few people attend the games, and it appears that lots of the players get picked on. But the good thing about it is that the friendships made playing this new sports can be made for life. All of the captains say they hope that their increasing experience means that they will get better next season. In addition, some players are joining an indoor winter club to help improve their skills and further help them understand the game.

So while field hockey’s first season at FCHS was a rocky one, filled with ups and downs, most of the girls have already said that they will be coming back for the next season.

Taylor is a freshman. She likes to play softball and field hockey. She also likes to draw and paint in her free time.