Photo of senior Mikaela Sullivan at a meet during the 2018 season.

Running is something that young athletes may overlook, yet is crucial to success because it helps with a multitude of sports such as basketball, baseball, soccer, and any other sport that involves running. That’s why cross country can be the fall sport of choice for both those who love running and those who want to get in shape for other sports.

Under the direction of coaches Rose Brogan and Tom Casto, this year’s cross country team has been practicing since mid to late July. “First, the practices were laid back and just trying to get [us] adjusted to the environment for meets,” said senior Mackenzie Morris. Now, says sophomore Nora Wells, “The workouts are tough, but they build character, develop a work ethic, and you feel accomplished afterwards.” These practices don’t just involve running, but include abdominal exercises and a multitude of workouts with daunting names like “Hell Hills,” “Death Meadow,” “Redds Hill,”and “Big, Green, Hairy Monster,” all of which involve running and some kind of abdominal and interval workout. “Coach Tom Casto has funny names for his workouts,” said Morris.

All those hours spent running together create a lot of camaraderie. “People seem to overlook how much of a family we are,” said Morris. “We started this thing called ‘Big and Little Sister’ to help the younger kids get more comfortable with the older guys and to make those bonds with the older runners strong,” she said.

Heading into their final year, the seniors on the team, such as Morris and fellow veterans MaryAnn Chittenden, Kieri Hart, and Hattie Lintecum, are preparing to pass on their knowledge and tips to the next generation of runners. One such tip, Morris says, is to get your miles in during the summer, not just at practice. Her second tip is to be coachable, willing to learn new techniques, and go the extra mile. Third, she says, runners should do their “homework,” taking the time to watch how they run by having someone videotape them and see where they can improve, then apply it to their everyday running.

Finally, says Morris, “Don’t be afraid to put yourself out there. Everyone starts somewhere and improves from there. I did it as a hobby at first, but now I realize how much the team is to me.”

The team had their first meet was on Aug. 27 at Panorama Farms. In their second major meet on Sept. 4 at Goochland, the Flucos placed first. Upcoming events include meets on Sept. 11 at William Monroe, followed by one on Sept. 21 at Fork Union Military Academy. 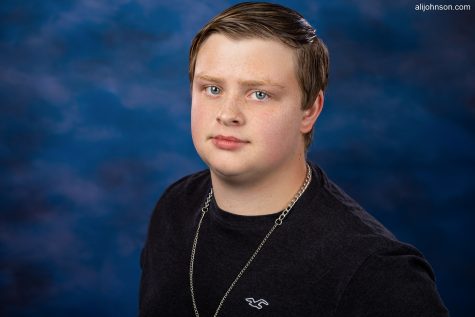 Aydon is a senior in his 3rd year of journalism. He plays basketball, pickleball, and ultimate Frisbee and enjoys playing video games, hanging with my...