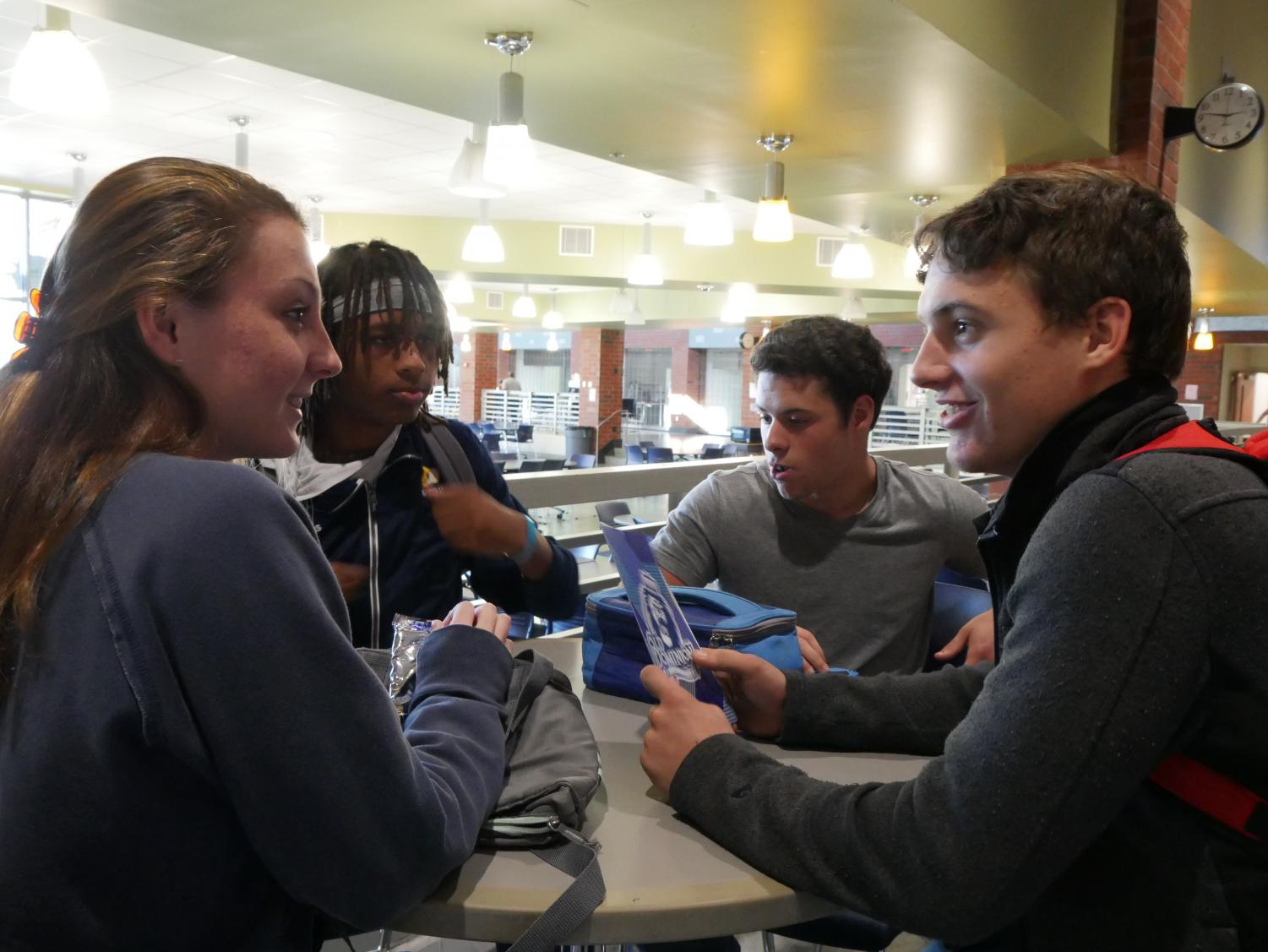 There have been plenty of changes this school year, and one of those is having three lunches instead of four.  However, there has been a rumor going around that next semester the school is going back to four lunches. If you’ve heard the rumor, you may be relieved to learn that Principal Margo Bruce says it isn’t true. She feels keeping three lunches is a good opportunity for teachers to have more time for themselves or to prepare for classes, as well as for students to use this time to socialize with their friends.

In fact, in a recent poll, 94% of the students at FCHS said they prefer three lunches over four because of the additional time they get to eat lunch and be with friends. ”I feel more refreshed for my next class,” said sophomore Emma Poulin. “It gives you more down time to relax,” said senior Jenna Goodson.

The cafeteria workers say they prefer three lunches as well because they have a longer time to reload food supplies and cook. “Some say there is a concern with lines being longer, but students are getting through the line in the same amount of time with four lunches,” said Food Manager Sheri Casero. Some faculty members say they also prefer three lunches. “Five minutes makes a difference,” said Virtual Lab teacher April Ward.

However, not everyone enjoys having three lunches, especially the custodians.  They said they feel rushed in between lunches trying to get everything cleaned up. “It’s easier for us with four lunches, being short-handed,” said custodian Gerald Martin. Some students are leaving their trash on the tables and not picking up after themselves, and with more students in each lunch to clean up after, it makes it difficult.

Meanwhile teachers who have lunch duty don’t get to rest during their lunch breaks because students are getting out of their seats earlier, making an unnecessary crowd. Teacher Mitchell Pace, who has lunch duty, said he prefers four lunches, because 30 minutes with 500 kids is way too much time. He shared that everyday he sees students getting too rowdy and making a scene during lunch.

While the assistant principals have noted this concern and have addressed it with Bruce, she says, “I’m against going back to four lunches, but for the safety of the school I might have to entertain that thought.”