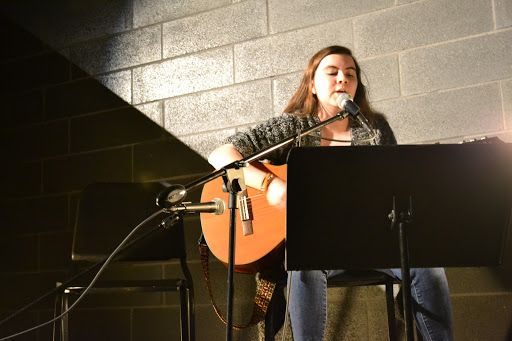 FCHS’s annual Music Mosaic event is an opportunity for anyone with musical talent to show it off. Band director Michael Strickler said that the name stems from the goal of “tying many different performances into one greater performance: a musical mosaic.” Strickler described it as “a concert open to anyone: single acts, duos, or small groups.”

The event is run by the Jazz Band and was started by Strickler in 2012, the year the new high school opened. Jazz Band students take on many duties every year, including scouting out musically-talented students and staff and inviting them to participate, as well as selling tickets and advertising the event on In The Know. They work hard for about a month promoting and organizing Music Mosaic, and all the proceeds from admission are used to fund the FCHS band, including their travel to competitions and the purchase of equipment and uniforms.

Freshman Jocelynne Hagan, a student in the Jazz Band, said Music Mosaic “is fun to be a part of, because normally in Band we play pieces that Strickler picks out with specific parts that are given to us. With Mosaic, we get to branch out and do whatever we want to. It’s also really cool to see how talented people are outside of Band.”

This year’s Music Mosaic took place on March 13. Participants ranged from Andrew Scida, who played guitar and sang Young The Giant’s Cough Syrup, to an all-drum performance by Kameron Goldsmith, Zoe Nicholson, Emily Stevens, and Aiden Kraft. Hagan said her favorite part of the event was “cheering on my friends like their obnoxious parent and seeing that Fluvanna isn’t just full of farmers, athletes, fishermen, and hunters. You get to see the less-recognized side of Fluvanna that’s full of artists, and I think that’s really cool.” 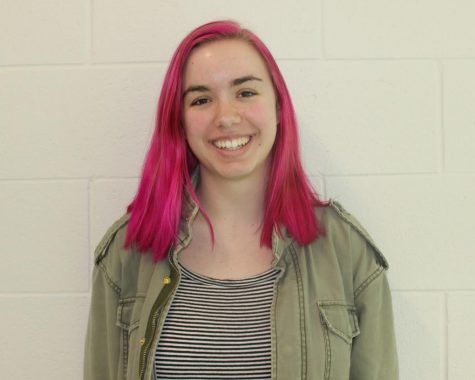 Clio is a junior and a first year Journalism student. She loves music and traveling, and enjoys reading and swimming in her free time. She plans to study...