Venus in the Blind Spot is Creepy, Good Fun 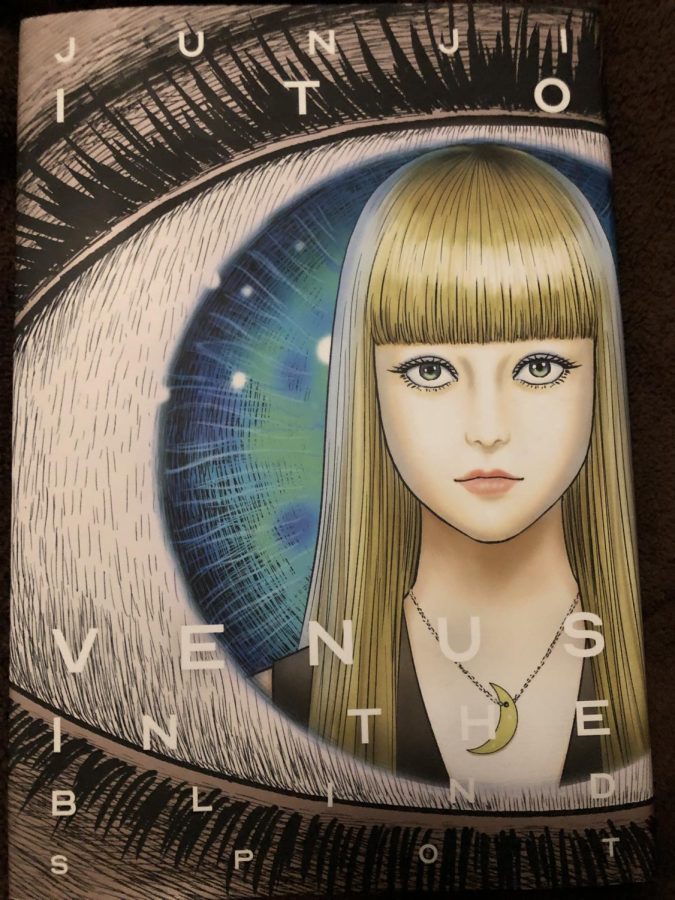 Are you a fan of horror? Do you like graphic novels? How about a collection of horror stories written by one of the most famous horror manga artists?

Venus in the Blind Spot is a collection of ten short, scary stories by Junji Ito, a very well-known manga artist. This book is filled to the brim with frightening images, thrilling plots, and shocking twists. The book has different types of horror, allowing it to have something for every horror lover. Because of that, I preferred some of the short stories over others, my two favorites being “The Licking Woman” and “Billions Alone.”

“Billions Alone” starts with a news channel talking about a missing couple being found dead and sewn together. The main character, Michio, is a shut-in who hasn’t left his house in seven years. Michio receives an unexpected visitor, his former classmate who tries to convince him to attend the class reunion being held soon. He agrees to meet up with some of his former classmates to plan the ceremony all while these sewing attacks continue to appear. The story continues on with more and more people being found dead and sewn together. I enjoyed the creepy aspect of the idea of the story. I enjoy more gore-related horror over psychological horror so this story seemed more appealing to me. It lacked the blood and guts that I typically enjoy in gory horror, but it was still enjoyable to read.

“The Licking Woman” starts with this guy coming home to his girlfriend after being licked by a random woman on the street. Some time had passed and the man had developed marks on his skim and was rushed to the hospital. The doctors determine that there isn’t any poison in the man’s system while the girlfriend goes on and blames the woman who licked him. Her boyfriend died along with many other victims of the licking woman. Once hearing this on the news the main character decides to avenge her dead boyfriend. I liked the descriptive pictures and the overall story. Once again, it doesn’t have the blood and guts aspect of gore which makes it tamer for sensitive readers. In my opinion, this story was the best one in the entire book.

One aspect of the book that I wasn’t too fond of was the length of each story. Some stories were a lot longer than others which made me wish the shorter ones had more length to the story. I also didn’t like that the title of the book was the same as the title of one of the stories. I think it could be confusing when talking about it because it would have to be clarified which one was being referred to. I liked that the book had a lot of different types of horror to appeal to many kinds of people, but as someone that relies on gore and jump scares in horror stories the variety made me dislike some of the other stories.

Overall, I think it was a good book and was a nice change of pace from the basic horror plot. I give Venus in the Blind Spot a 7 out of 10, but with the variety of different types of horror, I highly recommend giving it a read. Currently, Venus in the Blind Spot is not available at the Fluvanna Public Library, but it is available on Amazon for $16.99 for a hardcover book.