Daredevil Season 3: The Show Without Fear 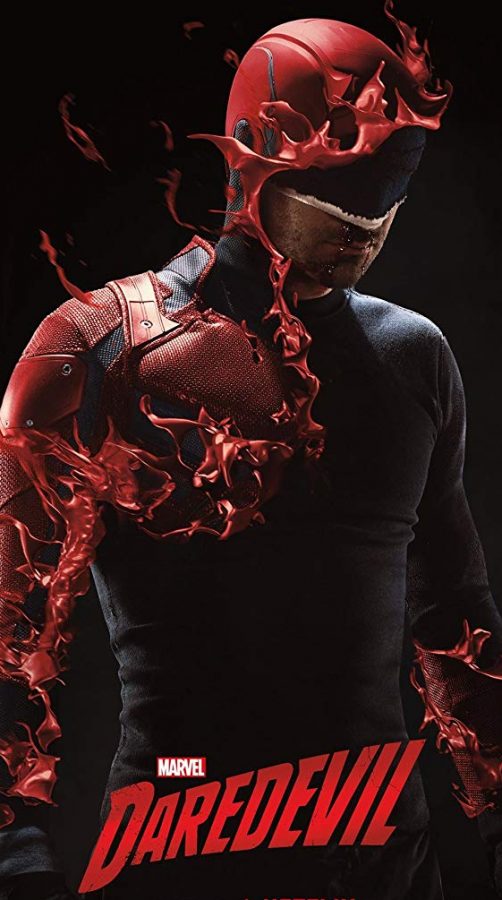 If you like your superhero who side more within the realm of realism (i.e., they actually get hurt, have doubts and significant internal conflict, and don’t just exist to blow things up and crack witty jokes), then Marvel’s Daredevil is the show for you.

Lawyer by day and blind-but-possessing-super-heightened senses vigilante by night, Matt Murdock (played by British actor Chris Cox) is a flawed hero who struggles with morality–and bad guys– on a daily basis. During Season 1 of Daredevil, the show portrayed Murdock as the ultimate underdog trying to stop the most powerful crime boss in comic book history: Wilson Fisk. And in the concluding episode that season, everything was put on the line to make sure he stopped the evil Fisk (played with relish and barely suppressed violence by Vincent D’Onofrio). This makes Murdock’s victory feel even more worthwhile after he loses so much, and yet still comes out on top.

During Season 2, Murdock has now fully assumed the role of heroic defender of Hell’s Kitchen. His morality is put to the test when a villain called The Punisher begins to take down criminals by killing without question. As the season progresses, Murdock slips more and more towards his dark side, even breaking his long-held commitment to only wound, not kill his enemies. Confronted with what he’s done, he swears off being Daredevil.

Season 3 picks up after the events of The Defenders (the cross-over series featuring fellow Marvel characters Luke Cage, Jennifer Jones, and Iron Fist), with Murdock believed to be dead. When he returns after being in recovery for a year, he’s left with nothing, not even his Daredevil costume.

The Daredevil series is riveting because it is not afraid to treat its protagonist like an actual human being. His downfall actually makes you feel sad for him. With nothing left to lose, Murdock initially swears off his alter ego. While other superheroes sometimes hang up their superhero personas at some point, Murdock is the only one I can think of that flirts with giving up his human side.

While Murdock recovers, his old enemy Wilson Fisk kicks his plan into gear when he begins giving information to the FBI and starts to corrupt them. Later in the season, he convinces an agent named Poindexter (the show’s portrayal of of the comic book character Bullseye) to join his cause. Poindexter is both skilled and deranged, and has the ability to ricochet just about anything to hit his target.

Mid-way through the season, Poindexter dresses up as Daredevil and goes on a killing spree to get the FBI to target Murdock. One of my favorite scenes is the first encounter between Poindexter and Murdock when Poindexter’s wearing the suit from Season 2 and Murdock is wear his homemade mask from Season 1. It’s easily one of the best fight scenes of this season, with Poindexter proving how dangerous he really is.

One major complaint I do have with the third season is that Murdock is barely on the screen. While this allows the writers to develop the side characters and their back stories, which are interesting, some of the scenes are slow and don’t feel necessary. One major example of this is the episode where they explain Poindexter’s back story to make him seem more psychotic, something which is hardly essential–he’s truly deranged, we get it–and takes up an entire valuable episode in a season with only 13 episodes.

The finale of the show is the best of all three seasons because of how emotional it is. Will Murdock finally give in to his darker side and kill the evil Fisk? I won’t spoil the season ending, but when I watched it I felt like it was written to end the show, not just the season. Perhaps this was the intention all along, because six weeks after the season launched the show was canceled on Netflix (possibly to be resurrected when Disney’s streaming service, Disney+, debuts later this year.

Daredevil is without a doubt the best superhero show on TV because it’s not afraid to take risks, to kill of characters, or take entire episodes to focus on story and character development. It also boasts some jaw-dropping fight scenes and cinematography. (Check out the 11-minute, single-cut fight scene set in a prison during the fourth episode of Season 3.)

Whether it is eventually resurrected or not, Daredevil is truly the man (and the show) without fear.