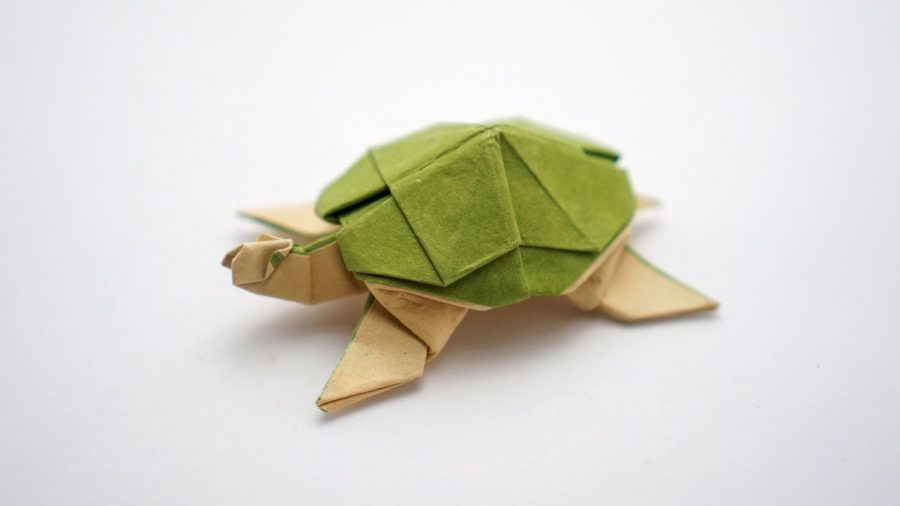 Have you ever been given something, maybe by a parent or a grandparent, that was just so special to you? Something that you hold so near and dear to your heart, you don’t know what you’d do without it? I know I do. When I was little, I quickly learned that my grandmother loved origami. Her house was filled with it, from unicorns and dragons, to turtles and fish. Grandpa thought she was crazy, but I loved it. She would teach me how to make a different animal every time I went over, and by fifth grade, I thought I was an origami master.

When I was in seventh grade, my grandma passed away. There were so many different origami animals that we had made together, horses, dogs, and rabbits sitting idly on shelves around my room. But there were only two animals that stood out among the rest. These two animals had a story behind them, one that I will cherish for the rest of my life. It was an orange turtle, and a green shark. My grandma knew I loved sea animals, and wanted to make me a sea turtle and a Thresher shark. It was as simple as that she ran out of green paper for the turtle, and couldn’t make the tail long enough for the shark, so she came up with a story for them.

In the story, they both lived near Turtle Bay, in Honolulu, Hawaii. The Turtle, Sunny, and the shark, Thresher, were different from the others. Sunny’s body and shell were the brightest orange you’ll ever see on a turtle. He was resented by the other turtles, just because he was different. Thresher simply had a short tail. Thresher sharks have long tails, almost as long as their own bodies, but Thresher’s wasn’t nearly as long. Too short to be a Thresher, but too long to be a regular shark. He couldn’t hunt like his kind because of his tail, and struggled to find his way.

“Nobody would accept them for who they were,” my grandma would tell me, holding the small origami animals out to shine under the moonlight as we sat on her front porch.

“What did they do?” I asked. I watched the turtle intently, its bright orange standing out against the stark green of the shark.

“They found each other,” she said simply. It had just been a normal, cloud-free, humid day on Turtle Bay. Sunny was lying on a rock, loving the feeling of the sun’s gentle rays against his skin. He closed his eyes, just drifting off to sleep, as a commotion erupted from the shore. The other turtles floundered in the shallow water, grunting and fighting to get ahead of one another up to the sand. He sighed and slid off the rock, ambling down the beach toward the others.

“There’s a shark!” many cried at once, hurrying past him.

“Why don’t you go check it out?” one turtle snickered, making a point to shove Sunny aside as he made his way past. “He’ll be too disgusted to eat you anyway.”

“Very funny,” Sunny huffed, stepping out of the way of the milling turtles. “Maybe I will!”

With that being said, Sunny made his way down to the shore, muttering under his breath. He ducked his head under the waves and swam leisurely against the current, taking his time to get to the reef. As he swam around a large piece of coral, a school of fish darted past him and hid in the nooks and crannies of the coral. Sunny blinked and watched them for a moment, and as he turned to keep going, a flash of silver caught the edge of his vision. He peered around a swaying plant, though now he could see nothing more then the soft blue of the water surrounding him.

“Helloooo?” he called, beginning to get bored. Nothing happened. “Stupid turtles,” Sunny muttered. He turned to swim back to shore, only to be met face to face by a large, sharp-toothed jaw. Sunny merely looked up to see the shark staring down at him with a shocked expression.

“What are you?!” the shark cried, propelling himself backwards.

“…a turtle?” Sunny tilted his head, watching the shark’s bewildered expression. He caught sight of the shark’s tail as it swung back and forth, seeing the unnaturally long tail-though, he thought, it was too short to be a Threshers.

“What are you supposed to be, some kind of Thresher shark?” Sunny grinned and looked at him. The shark only continued to stare at him in disbelief.

“Aren’t you supposed to be scared of me?” he finally asked.

“And aren’t you supposed to be trying to eat me?” Sunny countered. The shark smiled, then began to laugh, catching Sunny off guard.

“Alright, you got me. I don’t like eating turtles, but I’ve never actually gotten the chance to tell one. They all run away,” the shark said.

“Thresher,” the shark said, then caught the look Sunny was giving him. “Hey, I didn’t name myself.”

“Ok, ok,” Sunny said, then glanced back toward the shore and smiled. “How about we go prank the other turtles?”

“So what happened after that?” I asked, looking up at my grandma as she smiled fondly at the small paper animals.

“I don’t know,” grandma shrugged and handed them to me. “You decide.”

I smiled and took the animals in my small hands. I like to think that Sunny and Thresher stayed friends for the rest of their lives. Like Hermey and Rudolph of Misfit Island, you could say that Thresher and Sunny were the Misfits of Turtle Bay. 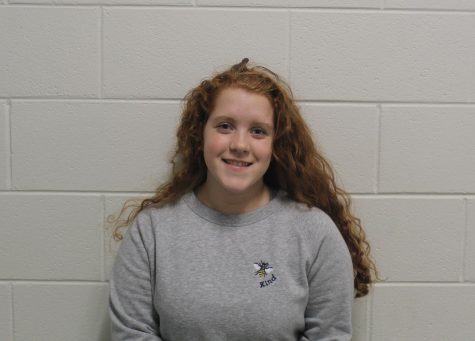 Lauren is a sophomore in her first year of Journalism. She likes to ride horses, spend time with her friends, and read. 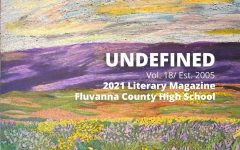 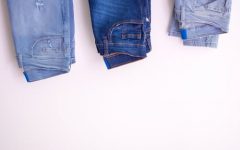 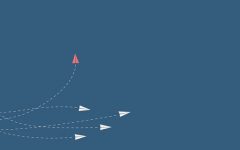 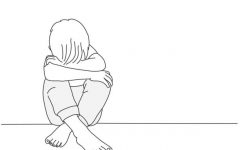 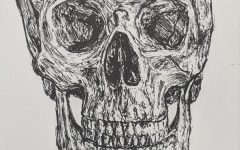