The Nurse is In 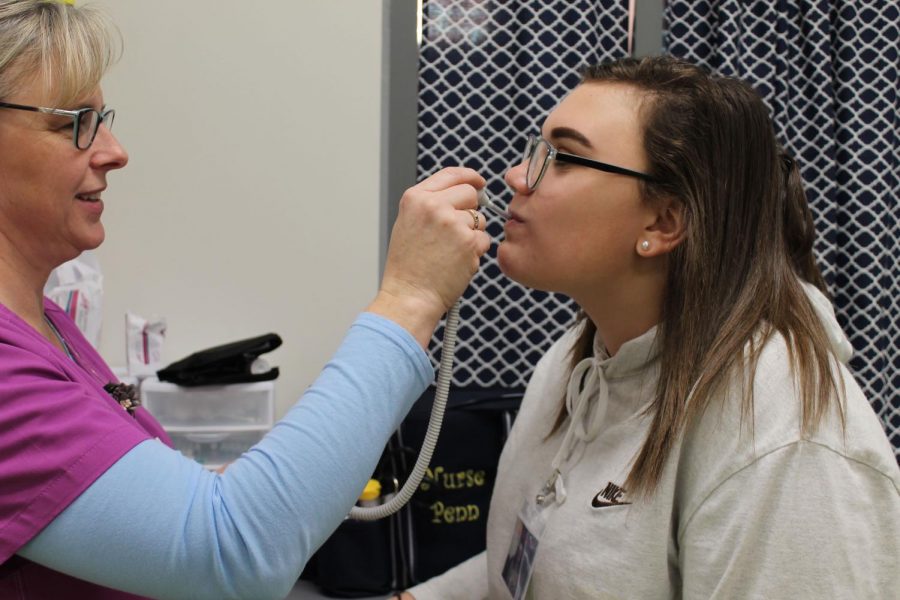 A nurse’s job is obviously to help people, but a school nurse’s job goes so much deeper. FCHS school nurse Vicky Penn finds her job doesn’t stop at medical assistance, but includes a listening ear.

Growing up, Penn said she was pressured by her mom to pursue nursing, despite her plans of being a kindergarten teacher. Eventually, she decided to listen to her mother and try nursing, then discovered her mom was right. “I can’t imagine not being a nurse,” said Penn.

Penn worked in doctors’ offices from 1995-2015. “A doctor’s nurse differs from being a school nurse in regard to hours, breaks and satisfaction. I worked 50+ hours per week, had scheduled breaks and lunches, but also had way more stress. I still have stress here, but it’s more rewarding,” Penn said.

After burning out in private office healthcare, Penn took a break in September of 2015. “I prayed to God for direction and this was the first interview. I was called two days later and offered the job,” she said. She is now in her fourth year as the school nurse at FCHS.

“When I get to school each day, my goal is to make a difference in at least one student’s life, whether that be a bandaid, pain reliever, a listening ear, a quiet space or just a hug,” said Penn.
Penn describes a typical work day as arriving at 8:00 am to prepare for the day. She sees around 80-90 students per day, but that does not include the eight diabetics that come in three times per day, or the 23 students who receive regular medications daily. She works throughout all lunches, rarely getting a break. At the end of the day, she finishes documenting all student visits for the day, completes a clinic log, sanitizes the countertop and air, and then tries to leave by 4:00 pm.

Penn said she wants to remind students that she does not provide passes to class when you don’t already have a pass to the clinic, or when you arrive in-between classes (unless you are scheduled for medication during that time).

One of the most common reasons come to see Penn is to get Tylenol, a fact which can be problematic since too much Tylenol (or its generic name, acetaminophen) isn’t good for you and can actually damage your liver). “Many students depend on Tylenol for every ache and pain, or just to have a reason to be out of class,” Penn said.

Therefore, she established a headache policy in August of 2017 called “WOW” which she tells students to try before getting Tylenol. It stands for Water (drink water), Oxygen (take ten deep breaths), then Wait. If the headache continues after 30 minutes, Penn said, then students may return to the clinic for Tylenol. 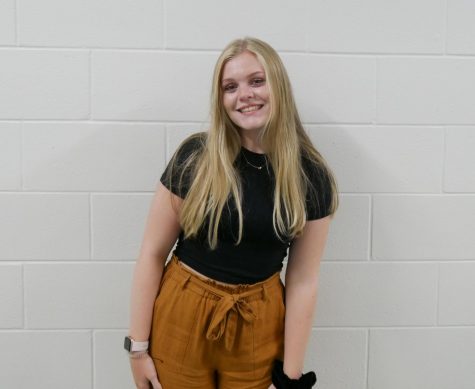 Natalie is a junior in high school and this is her second year in Journalism. She enjoys spending time with friends and and taking hikes with a view.