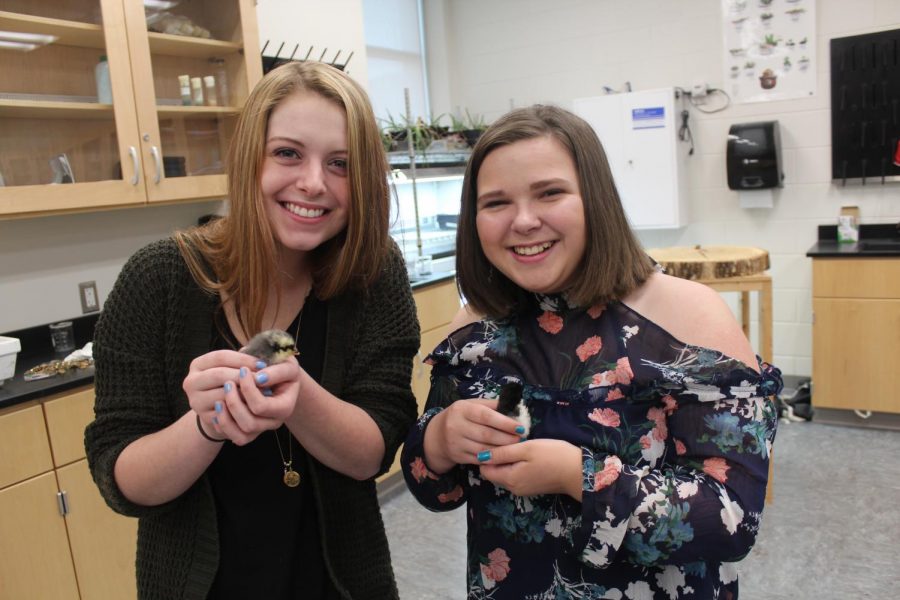 Have you ever been walking through the 4th floor of FCHS and heard seemingly random chirping?

If so, that’s because Craig Conner’s AP Biology class recently completed its annual activity of raising chicks. The chicks are used for educational purposes, which are used in tandem with some major parts in Biology.

“We use them primarily for teaching about anatomy of an animal compared to a human,” said Conner.

The class had 10+ chicks hatch just after spring break, resulting in a rather noisy week or so in the classroom as the chicks peeped and chirped their way out from their shells and soon emerged fluffy and adorable.

“After we’re done with them in the class, whoever provided the eggs in the first place get a few hatched chicks back,” said Conner. One student who donated eggs and received chicks back in return was senior Ally Moneymaker, who will take them to her family’s farm.

Other members of Conner’s AP Biology class also had the opportunity to adopt some of the chicks, provided they had their parents fill out a form that shows they understand all the requirements and labors of owning a pet chicken.

These are not the only chickens at the school. Russell Jennings’ FFA students also raise chickens in a coop next to the greenhouse. For more on that project, check out this article: https://theflucobeat.com/schoolcommunity/2018/04/13/chicks-in-the-flu/